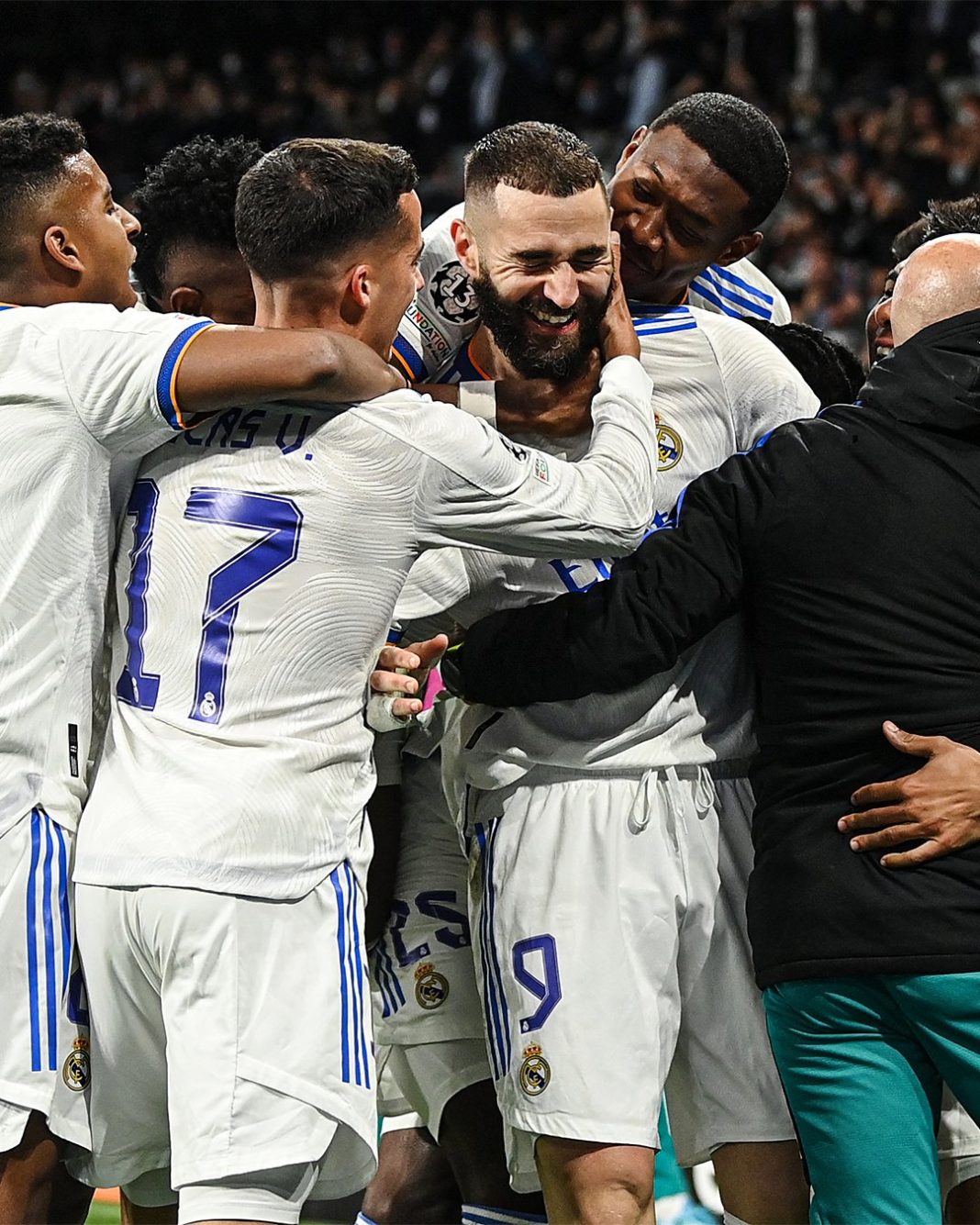 Real Madrid booked their place in the semi-finals securing a 5-4 aggregate victory, despite losing 3-2 on the night in the Spanish capital.

Thomas Tuchel’s side got the three goals needed to win the game at the Santiago Bernabeu, but Rodrygo and the Frenchman spared the hosts’ blushes.

Karim Benzema’s header on 96 minutes was enough to send Los Blancos through to face either Atletico Madrid or Manchester City.

With Madrid 4-3 down on aggregate, Modric curled the ball with the outside of his right boot picking out Brazilian winger Rodrygo.

The 21-year-old, with his first touch of the game, calmly slotted past Chelsea shot-stopper Edouard Mendy, and suddenly the aggregate score was 4-4, with the match going to extra-time.

Modric showed the footballing world just why he has a Ballon d’Or in his trophy cabinet.

Fans and pundits alike were left speechless by Modric’s sublime piece of skill.

Fellow countryman and international teammate Matteo Kovacic believes the midfielder could play until he is 40.

“In the last five, six, or seven years he has been at the same level, which is amazing”, he said before the second leg.

“The reason he is so good is because he loves football so much, he lives it every day.

“He is a professional and if he keeps going like this, I can see him still playing for three or four more years at such a high level.

“He is an amazing player. I admired him when I was a child — he played for my favourite club Dinamo Zagreb.

“Now we have become good friends, I admire him even more.
“A great person, great player — I am looking forward to playing against him again.”

Elsewhere at the Allianz Arena Villarreal booked their place in the Champions League semi-finals as they dumped out Bayern Munich with an 88th-minute goal.

Samuel Chukwueze snatched a dramatic 88th-minute equaliser to send Unai Emery’s side through to the last four and will face either Liverpool or Benfica.

Four minutes after coming on as a substitute, Chukwueze swept home a cross by Gerard Moreno to cancel out Robert Lewandowski’s 52nd-minute opener and send the LaLiga side through by virtue of a 2-1 aggregate scoreline.
Villarreal had withstood mounting Bayern pressure in the second half, with Lucas Hernandez and Thomas Muller among those who had a chance to win it before the visitors sealed the deal with extra-time looming.

The hosts had looked listless for much of the first period and it took until just before the half-hour mark for them to muster a shot on target when Jamal Musiala headed straight at Villarreal keeper Geronimo Rulli.

But it was a different story after the break as Bayern finally got into gear, and Dayot Upamecano should have scored from a clever cut-back by the busy Leroy Sane in the 51st minute.

Lewandowski ended a strong spell of pressure by poking Bayern in front on the night moments later, sparking a spell of pressure that saw Hernandez shoot straight at Rulli, and Muller miss a glorious chance with a close-range header from another Sane cross.

In the midst of the chances, Moreno had served a warning by flashing the ball across the face of the Bayern box on a swift counter-attack, and that danger became a reality four minutes after Chukwueze’s introduction.

The Nigerian kept his cool to fire another Moreno cross past Manuel Neuer and the ‘Yellow Submarine’ saw out the dying moments to secure a famous aggregate win and a place in the last four.

Villarreal managed just two shots on target across both legs and that was all they needed.
Share
Facebook
Twitter
Pinterest
WhatsApp
Previous articleASUU Strike: Some Things Are Out Of My Control- Ngige
Next articleRising Operating Expenses Tip Allianz Nigeria into Loss Position
- Advertisement -