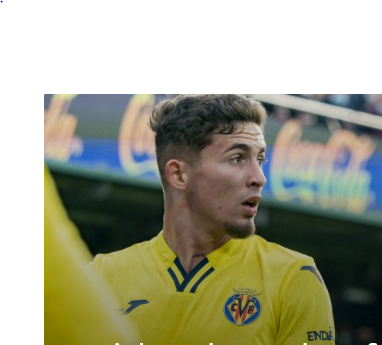 Villarreal are weighing up the possibility of selling Yeremy Pino, according to Marca.

The 19-year-old is arguably their brightest young talent and has a buyout clause of €80m, but a large sale could allow them the chance to move more freely in the market.

Already capped by Spain internationally, Pino and Villarreal are both content with the situation at the minute, but big Premier League money might prove too much of a temptation.

It would seem somewhat premature to consider selling Pino.

While there are no guarantees with young players, it is no exaggeration to say that Pino has the talent to become their best player in the coming seasons.

At 19, he also has plenty of time to grow at Villarreal and the Yellow Submarine may be able to gain more money down the line if he continues in the Spain setup.

Villarreal have earned themselves a reputation as one of the most active and best managed teams in terms of transfer dealings in recent seasons, but the Yellow Submarine have been curiously quiet so far this summer.

So far the only additions have been a trio of low-cost veterans, Kiko Femenia, Jose Luis Morales and Pepe Reina. However Unai Emery has greater aspirations and wants to bring Tottenham’s Giovani Lo Celso back to the club on a permanent basis.

As well as the departures of Boulaye Dia and Paco Alcacer, Villarreal were counting on significant offers for the likes of Pervis Estupinan, Arnaut Danjuma and Pau Torres. The lack of movement has left them struggling to free up enough funds to bring in Lo Celso though.