What to expect in Champions League Semi-Finals 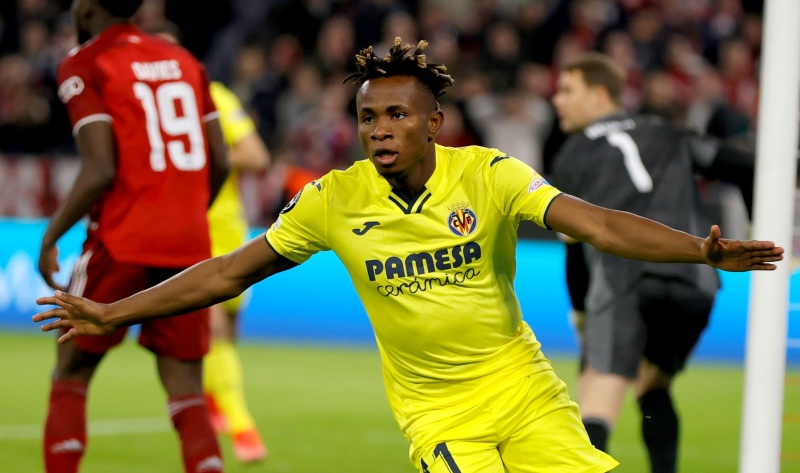 For 79 minutes of breath-taking football action on April 12, hopes were beginning to wane at Santiago Bernabéu stadium. Real Madrid fans were watching as Benzema’s hat-trick during the first leg was being overturned by the tactical offensive of Thomas Tuchel’s side. Three goals to nothing, and Chelsea was leading with an aggregate of 4-3. But at the stroke of 80 minutes, Real Madrid’s talisman, Luca Modric, flipped a pass from the back of his boot to a waiting Rodrygo, who put the ball behind unsuspecting Mendy. Hope at once was restored in the arena. The match ended 2-3, and Real Madrid advanced to the semi-finals on a goal aggregate of 5-4.

Once more, the stage for an undisputed football showdown is set, a scene where surreal, magical moments happen. At this stage, wonder goals are scored, and unexplainable comebacks that leave fans speechless are bound to happen. It’s the Champions League and four teams battle for a place at the finals.

On Tuesday, April 26, 2022, Premier League contenders Manchester City will face LaLiga leaders Real Madrid in the Champions League Semi-finals in what is expected to be one of the fiercest football matches in recent time. 24 hours later, on Wednesday, April 27, Anfield will be lit as they welcome Villarreal after Chukwueze’s late goal sent his team to the semi-finals for the first time in the club’s history.

For 67 years, the Champions League has left unforgettable memories in the minds of football fans and this semi-finals, football lovers can catch up with all the exciting moments with the DStv app on their mobile phones. Now, as the competition enters the final 4, here’s what to expect.

Luca Modric has been on top of his game, having four assists in the 10 UEFA Champions League he has played this season. It will be a battle of playmakers when he faces Kevin De Bruyne, who had been tipped to start despite having underlying injuries. De Bruyne was replaced at the 57th minute after providing two assists in their 5-1 win over Watford during the weekend. The Belgium star has 11 goals with six assists in the 2021-2022 football season. Both playmakers are known for their mastery and control of the mid-field and for giving long-range passes. Who would control the midfield when they meet on Tuesday?

On April 12, 2022, Samuel Chukwueze’s 88th-minute equalizer knocked Bayern Munich out of the Champions League, sending his team to their first semi-finals of the competition. But the 22-year-old Nigerian winger with his club Villarreal will have to face Liverpool at Anfield on Wednesday, with Sadio Mane and Mo. Salah is likely to lead the attack. But Coach Emery is not easily cowed by an opponent having beaten Manchester United on May 26, 2021, to cling to the Europa League title.

Liverpool manager Jurgen Klopp is widely regarded as one of the best football managers in the world. Since he was appointed the Liverpool manager in 2015, Klopp has rebuilt the club, leading them to three Champions League semi-finals in five years, while winning his first Champions League title in 2019. To make it to the final, Klopp has to face Unai Emery, who is passionate about continuing his record in European football after beating Manchester United in the Europa League final last season.