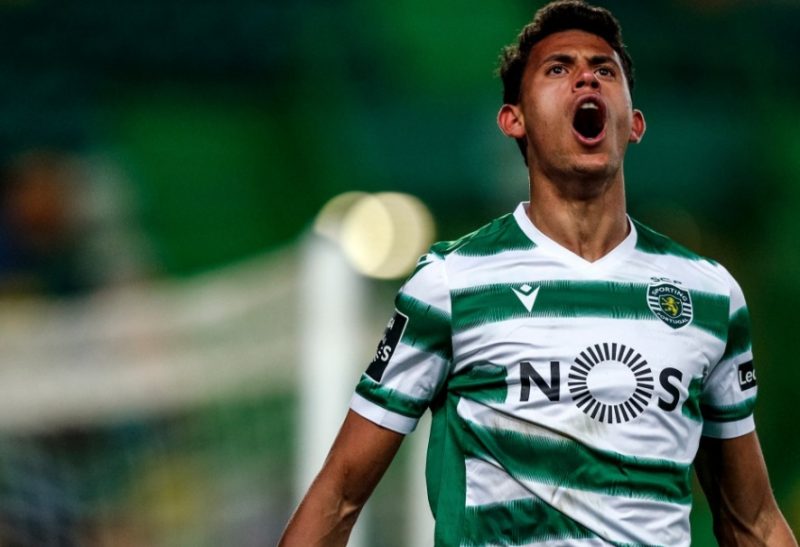 Chelsea could soon finally complete the first signing of Todd Boehly’s reign, with Thomas Tuchel set to heed Pep Guardiola’s instruction and take a leaf from Manchester United’s book. Matheus Nunes has been heavily linked with an exit from Sporting CP this summer amid interest from Wolverhampton Wanderers and Everton, though the Blues have now emerged as the midfielder’s most likely destination.

According to A Bola, via the Express, the west Londoners plan to offer around £39million for the 23-year-old, plus an additional £4million in add-ons. Chelsea are reportedly looking to capitalise on the reluctancy to table bids among potential suitors.

Bruno Lage’s side have reportedly held ‘extensive negotiations’ with Sporting but, despite tabling a respectable offer, Nunes has doubts over a move to Molineux. And, with Ruben Neves no longer destined to leave, doubt has been cast as to how Wolves fund an offer to rival the west Londoners’ interest.

It’s said that Chelsea’s offer could be enough to grant Tuchel his first signing of the summer in what would represent a statement, but also unorthodox, signing. He featured 33 times for the Portuguese giants in Liga NOS this summer, directly contributing towards five goals from the heart of midfield.

Nunes’ impressive displays steered Sporting towards a title charge with his energetic and combative displays, growing into one of Europe’s hottest prospects. Following the initial success story of Bruno Fernandes when he swapped Estádio José Alvalade for Old Trafford, Chelsea can hope to reap the same success United did when buying from Sporting.

But, who is he? Moneycentral has taken a look.

£39million, plus £4million in add-ons

Nunes is often described as a number eight, who works best in a double pivot, with an excellent passing range. He’s said to be a great ball-carrier with great energy and tenacity to cover ground.

What has been said?

Nunes, who sees his contract with the Portuguese giants expire in 2026, earned great praise from Guardiola back in February when City and Sporting locked horns in the Champions League. The Spaniard labelled the Portugal international as ‘one of the best in the world’, giving Tuchel the green light to complete a deal, should there have been any hesitation.

Guardiola said: “Sporting are a fantastic team, they are the champions of Portugal, which have a very strong league, with Porto and Benfica, they change the ball well, they have fast and intelligent players. I would say that Matheus Nunes is one of the best players in the world today.”