Why Gabriel Jesus’ Man City Career Has Reached a Crossroads 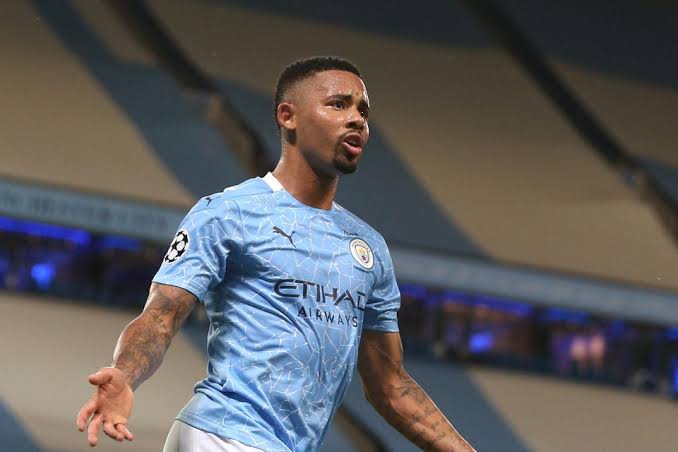 Gabriel Jesus returns to the scene of his most famous Manchester City goal this weekend.

Back in 2018, the Brazilian emulated his mentor Sergio Aguero by scoring an injury-time winner on the final day of the season to clinch a victory with virtually the last kick of the season.

His 94th-minute goal at Southampton didn’t secure the Premier League title – that had been claimed more than a month earlier.

However, Jesus’ strike at St Mary’s saw City finish the 2017-18 campaign on 100 points, thus earning a place in the history books for one of the greatest Premier League teams of all time.

Jesus’s cool, lobbed finish sparked wild scenes as he ripped off his shirt to celebrate in front of the away fans, flanked by his team-mates and the substitutes that had sprinted down the touchline to join in, while Pep Guardiola punched the sky in delight.

A supreme season of utter dominance was finished off with a worthy exclamation mark.

“Maybe this record will be broken but it will be difficult,” Guardiola said.

In the tunnel, a 21-year-old Jesus was so excited by his late winner that he started his post-match interview speaking in English before bursting into laughter and reverting back to his native Portuguese.

“I was blessed to score that goal but thanks to all the team for their great work,” he said.

Three years on and he now speaks fluently, and often with absorbing honesty, in English. He remains just as quick, though, to thank his team-mates for any individual recognition which comes his way.

However, there is concern now over how much his career has kicked on since that magical moment at Southampton.

Just like Raheem Sterling, he has 18 months remaining on his contract and sorting his future out is a priority.

Riyad Mahrez and Ilkay Gundogan are also out of contract in 2023 but both will be 32 by that stage. Jesus, however, will be 27 and should be reaching the prime of his career.

He has always had plenty of suitors.

Juventus have been regularly proposed as a possible destination while Serie A champions Inter were also linked last summer.

However, there have also been suggestions that his wage demands would be too high for the top Italian clubs.

For now, Jesus remains a part of Pep Guardiola’s plans, having started more than half of City’s Premier League matches this season and appeared in 22 of their 28 league and Champions League games – missing two because of Covid-19 regulations.

A summer pursuit of a striker is also unlikely to impact on his future, with a decision made at the start of the season to deploy him more regularly as a winger.

The change of position has worked effectively, with only Joao Cancelo contributing more assists this term, and Jesus admits he prefers to play without the added pressure of being the main goalscorer.

City’s goals are spread around, with 18 different scorers already this season, and Jesus is part of a menacing attacking unit in which seven players have contributed five goals or more.

The position always seemed a good fit as proved by his iconic match-winning performances home and away to Real Madrid in the 2019-2020 Champions League campaign.

“I have played [as a winger] with the national team for two years,” he said in October.

“I can make runs in behind, control the ball, make passes, make crosses, help defend, so it’s all good and suits my game.”

But there is an incessant battle for starting places at City and Jesus doesn’t always prevail.

During last season’s run to the Champions League final, he didn’t feature in any of Guardiola’s starting line-ups after the round of 16 first-leg victory over Borussia Monchengladbach, in which he scored.

Intense competition for places will always be the norm, though, at a club like City, who will always strive to have the strongest squad possible in order to compete for the game’s biggest trophies every season.

This feels like a good time for him to take stock, though.

Exactly five years ago this week, Jesus made his City debut in a 2-2 draw with Tottenham in which he was denied a late winner by a narrow offside decision.

Joining midway through the season, he finished with seven goals from 11 appearances after a metatarsal fracture disrupted his campaign.

Aguero’s side in the place came seriously under threat and it was perhaps the Argentine who learned the most from their rivalry, as it forced him to increase his pressing and general work-rate.

Most strikers would struggle to match Aguero’s remarkable strike-rate, of course, and 88 goals from 219 appearances is still a good return from Jesus’ time in Manchester.

“Today I complete five years wearing Man City’s jersey. Happy and proud to be part of the history of this club. Come on, City!” he proudly posted on social media this week.

Jesus is clearly still enjoying his Etihad experience but, with his contract expiring, his future at the club remains shrouded in uncertainty.