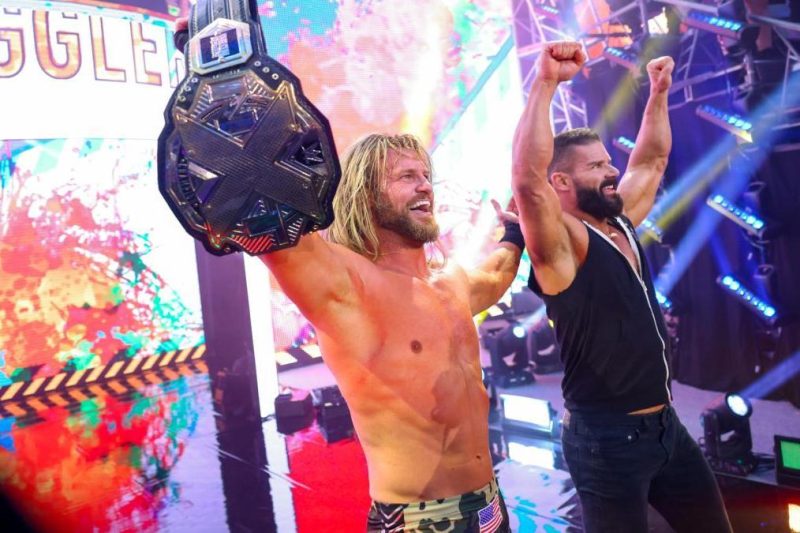 Dolph Ziggler is the NXT champion. This seemed improbable until recently, but now The Showoff is back at the top of a wrestling brand.

He pulled it off with the help of Robert Roode, and they celebrated on Miz TV during Tuesday’s edition of WWE NXT 2.0.

A-Kid made his debut in NXT 2.0 by facing one of the brand’s most dangerous technical wrestlers, Kushida.

Indi Hartwell and Persia Pirotta were the best of friends, but they may now become the worst of enemies. They fought one-on-one to establish who is better.

Tiffany Stratton mocked the wrong woman backstage when she made fun of Sarray. The two have been ready to fight for two weeks and finally got the chance on this show.

Tuesday’s broadcast showcased a fresh collection of matches that tested young stars on the road to NXT Stand & Deliver.

The Miz introduced his friend and new NXT champion Dolph Ziggler with Robert Roode. It was revealed that Bron Breakker was sent home to avoid a scene, but LA Knight arrived to challenge Ziggler instead.

The Million Dollar Mega Star convinced The Showoff to fight him in the main event. The A-Lister made it official.

Knight talked his way into a championship match just one week after losing to Grayson Waller. It feels like that could have been better explained.

That said, this was a fun, simple segment that barely needed Miz’s involvement. This was just about adding a necessary spark to a card that was lacking big matches.

Miz put over Knight big for his ability in the ring and on the mic. This is likely to be a feud WWE revisits down the line.

Knight looked right at home next to three guys who have won gold on the main roster.

The A-Lister was popular. As was Knight.