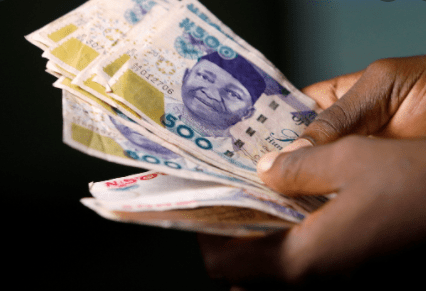 The average industry cash margin of the most liquid and capitalised firms deteriorated to 13 percent in September 2021 from 26.81 percent the previous year, according to MoneyCentral calculations.

Operating cash flow margin is a profitability ratio that measures your business’s cash from operating activities as a percentage of your sale’s revenue over a given period.

The ratio is important to investors because it helps them guard earnings quality as cash (which is king), unlike accounting profit, is not easy to window dress or manipulate.

The combined cash flow from operating activities of the largest consumer goods firms stood at N251.18 billion in September 2021, which is an increase of mere 3 percent from 2020’s N243.88 billion, according to data gathered by MoneyCentral.

In 2020, Nigeria had suffered significant economic harm from the coronavirus pandemic that forced the government to impose a lockdown policy that paralyzed business activities and companies were forced to shutter while consumers were not able to do shopping.

However, there is light at the end of the tunnel as a vaccination programme at the start of 2021 brought life back to normal and encouraged economic recovery and reduced the need for further lockdowns and stringent social restrictions.

Nigerian Breweries’s cash margin reduced by 19.76 percent in the period under review from 25.96 percent the previous year.

The key to recovery to recovery for consumer goods firms who have weathered the Covid-19 shocks is to effective cash management; and now that there is an upswing in commercial activities is the time to settle suppliers promptly and get paid by debtors alike.

However, a cursory look at the books of entities shows they are slow in debt collections while nimble in meeting obligations to creditors, which shrinks the cash positions.

The cumulative total debt or receivables of companies dipped by 6.54 percent to N194.47 billion in the period under review from N208.47 billion the previous year.

It is important to note that companies are spending a lot of money on the importation of raw materials to meet production on the back of currency volatility.

That is responsible for deteriorating profit margin even as combined revenue magnified, and perhaps more worrisome is that inflationary pressure, high utility bills, and spiraling transport fares are stealing workers’ salaries.

The combined net income of fast-moving consumer goods firms reduced by 1.14 percent to N68.32 billion as at September 2021, according to data gathered by MoneyCentral.

While November inflation of 15.40 percent was lower than the 15.99 percent printed in October, it is far below the 6-9 percent central bank’s target range.

The jobless rate in Nigeria rose to 33.3 percent in the three months through December, according to a report published by the National Bureau of Statistics. That’s up from 27.1 percent in the second quarter of 2020, the last period for which the agency released labour-force statistics.

The good tidings are that a gradual economic recovery and the less severity of the omicron variant coronavirus are expected to bolster consumer confidence and spending, which is propitious to companies, but poor regulations and lack of transformation policies by the government remains a stumbling block to accelerated growth of an industry sensitive to the vagaries of macroeconomic shocks.

For instance, the Manufacturing Association of Nigeria (MAN) said the introduction of the new excise duty on nonalcoholic, carbonated, and sweetened beverages will result in the loss of significant investment to the country.

“It would appear that the goose that lays the golden eggs is being led to perdition. The food and beverage subsector contributed the highest (38 per cent) of the total manufacturing sector to the GDP. It comprises 22.5 per cent of manufacturing jobs and generates more than 1.5 million jobs. So, this exercise would certainly cast a sunset to this performance,” Segun Ajayi-Kadir, Director General of MAN.