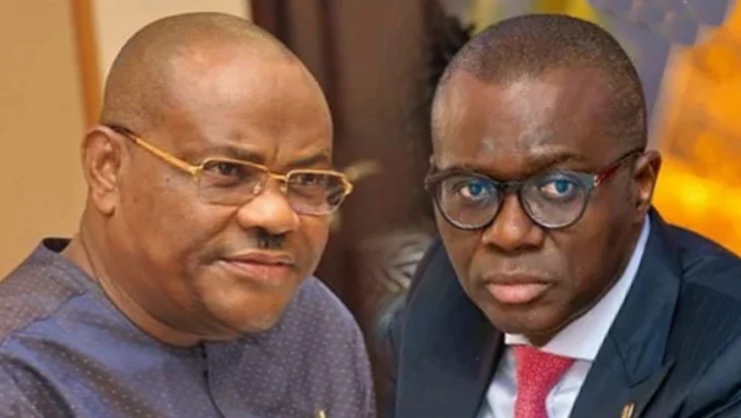 The Court of Appeal in Abuja, on Friday, ordered the Rivers and Lagos state governments to stay action on their bids to collect Value Added Tax (VAT) pending the resolution of the legal dispute on the matter.

A three-man panel of the appellate court ordered that the enforcement of the judgment of the Federal High Court, Port Harcourt, latched on to by the state governments be put on hold.

Haruna Tsanami, the judge who delivered the lead ruling of the panel, also suspended the operation of the law passed by the Rivers State House of Assembly and assented to by Governor Nyesom Wike, for the collection of VAT by the State government.

The court held that since parties had submitted themselves to the jurisdiction of the court for adjudication on the issue, they must not do anything that will destroy the subject matter of the appeal.

The suit was then fixed for September 16, 2021, for hearing of an application by the Lagos State government to join the suit.

Lagos State needed to apply to be joined in the case because it was not part of the case at the trial court.

FIRS in an appeal marked CA/PH/282/2021, is praying the court to set aside the judgment of the Federal High Court, in Port Harcourt, the Rivers State capital, which granted power to the state government to collect VAT.

The tax collection agency also asked the appellate court to stay the execution of Rivers’ judgment.

Recently, the Federal High Court in Port Harcourt in a verdict held that it was unconstitutional for the FIRS to collect VAT and personal income tax in Rivers State.

Besides that, the court had ruled that Rivers State Government, and not the agent of the Federal Government – the FIRS – was authorised by the Nigerian Constitution to collect personal income tax in the state.

Emboldened by the court order, both Governor Wike of Rivers State and Governor Babajide Sanwo-Olu of Lagos State, had signed into law bills authorising the state governments to collect VAT, a move being resisted by the FIRS.

The move has heightened the national debate on Nigeria’s ‘uneven’ fiscal federalism.

The Nigerian government in February 2020 increased the VAT rate from 5 per cent to 7.5 per cent, while it had anticipated a deficit of N2.18 trillion ($6 billion) for the 2020 budget.

While signing the bill into law, Mr Wike said the federal government had been perpetuating illegality through VAT collection by FIRS, and that the various states in Nigeria have been “strangulated financially” and reduced to “beggars.”

It was reported how the Lagos government also toed the same path on Friday.