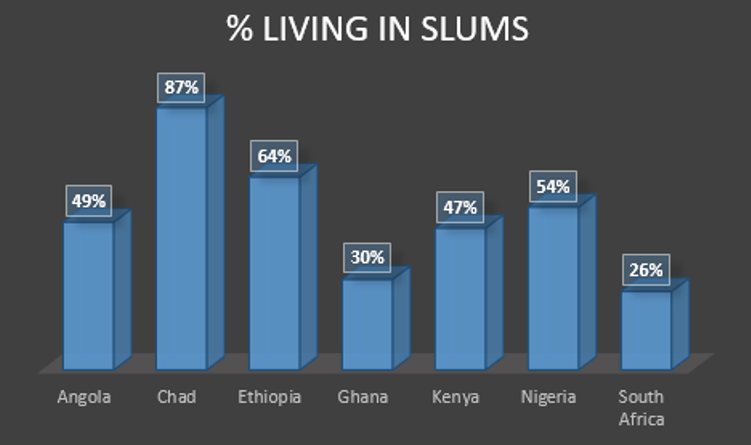 Lilly Okafor, 29, who works in one of the consumer goods firms in Lagos as an office assistant said she would be a homeowner if she were a high-income earner.

The mother of one and an accounting undergraduate at the Lagos State Polytechnic earns N25,000 a month, which is even below the new minimum wage of N30,000.

Out of the abysmally poor, take home pay, she pays utility bills, feeds herself, and takes care of her daughter who is still in nursery school.

“Everybody wants to buy a house as shelter is a psychological need, but my salary isn’t enough to do a mortgage. To be candid, after paying bills, l will have no money left in my purse spring at the end of the month,” said Okafor.

Okafor is one out of 42.92 million households whose incomes are just too low to carry a mortgage loan, while over 50 percent of a population of 200 million lives on less than $1.98 a day.

Regrettably, Okafor’s current wage means she is shut out of the ability to access mortgage loans even if the interest rate is as low as 6 percent which is the lowest interest rate only offered in the country by the National Housing Fund (NHF).

Based on the terms of mortgage structuring which requires repayment of not less than one third or 33.3 percent of a monthly income, a borrower on N25,000 per month has to deduct approximately N8,333 for loan repayment, and a monthly payment of this sum for 30 years, as required by law, will mean that the prospective home owner will contribute only N3 million for the 30-year period.

Analysts expect growth on the real estate market to remain subdued this year due to rising inflation and devaluation of the currency that has squeezed the consumer wallet.

Of course, affordability continues to be a major limiting factor to home ownership at the bottom of the income pyramid in Nigeria.

Nigeria’s unemployment rate as at the second quarter of 2020 is 27.1 percent.

Despite the reduction of cost of credit geared towards improving mortgage financing efforts or consumer credit by the central bank, the rate of mortgage financing to housing development in the country remains very low compared to peers in the emerging market.

“According to a recent report by PriceWaterhouseCoopers (PwC), there is a present deficit of over 17 million houses in Nigeria, and this requires about 700,000 new houses to be built yearly, compared to the less than 100,000 houses that are being constructed yearly,” said analysts at Cordros Capital Limited.

“Overall, we believe the demand for residential and commercial real estate will be affected by sub-optimal growth in GDP and infrastructure bottlenecks amidst the rising cost of building materials,” said the analysts.

However, the growth in Q4 2020 was due to the full opening of the economy as many residential and commercial projects began operations fully following suspension of activities during the national lockdown.

Analysts say the President Muhammadu Buhari led government has to take urgent steps to address the housing crisis in the country as lack of transformation policies continue to forestall foreign direct investment.

This is because the United Nations, through several reports, has condemned the poor state of housing provision in Nigeria.

More than half of Nigeria’s residents live in slum settlements, according to the 2015/2016 Slum Almanac.

Population living in slums (% of urban population) in Nigeria was reported at 53.9 percent in 2018, according to the World Bank collection of development indicators, compiled from officially recognized sources.

American psychologist Abraham Maslow in his theory on motivation said the fundamental need of a worker is food, shelter, and clothing, before they think of the next levels in the pyramid of needs.

When these needs at the bottom of the pyramid are not met, the likes of Madam Okafor will never be highly motivated to give their best to the organization that they work for, and the country cannot get the best out of them.