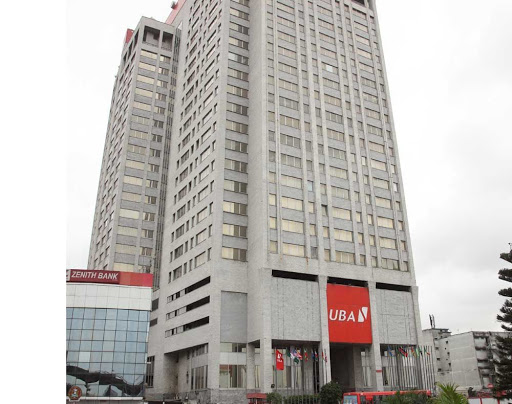 Glowing reviews and commendations have not stopped coming in since Pan African financial institution, United Bank for Africa (UBA) Plc, recently upgraded its Mobile Banking app.
Over the past few weeks following the upgrade, social media sites including twitter, Instagram and even Facebook have been agog with excellent comments about the ambience, functionality and versatility of UBA’s revamped mobile app.
The latest of such glowing reviews came last weekend, from a Former Minister of Aviation, Osita Chidoka, who on his social media handles, gave kudos to the bank for introducing lots of exciting and interactive features to aid banking, while allowing customers to perform unlimited transactions from the comfort of their mobile phones.
Chidoka, a former Corps Marshal and Chief Executive Officer of the Federal Road Safety Corps, pointed out that the bank put into play its experience as an institution with several decades of operations as well as modern technology to come up with a revamped app worthy of emulation by other financial institutions some of which he mentioned in his post.
In his words; “UBA, surprised me with a massive improvement on their app. I used to consider them the sleeping giant of Nigerian banking. I thought they had great brand equity and name recognition. UBA combined the savvy feel of a new generation bank with the history of a legacy bank. As I opened their mobile app today, I couldn’t help but give them a high five. The app is beautiful, user interface is great, navigation is seamless and the need to go to a branch is reduced for small users like us.”
While urging other banks to borrow a leaf from UBA’s move, Chidoka continued, “As a customer, I have always challenged the banks on their slow adaptation to change and weak emphasis on improving customer experience. I pray UBA pushes forward in this direction and continues to surpass themselves. Sooner than later disruptive online banks will change the face of banking in Nigeria, hence the need for constant innovation by the industry.”
Some Nigerians like Maduka Vivian, who reacted to his post also praised the app, saying “UBA app is simply the best, you can even generate receipts for transactions done long ago.” Another user, Tayo Agbeh, said, “UBA is taking their rightful position in the industry. I’m quite sure the bank will sustain the lead,” while Felix Okechi Oguike, who was impressed by the glowing tributes quipped, “I guess I’ll try this app; I have heard many testimonies; I need to partake in the flock.”
For another user, Thankgod Nweke, the revamped UBA mobile app would put other banks on their toes. He remarked, “It’s rather a challenge for other banks in Nigeria. UBA has shown in recent times that they are big and getting bigger with the whole lot of transformation in that bank. I concur fully to your observation even as I look forward for more height and happiness in the faces of their staff and services.”
Group Head, Digital Banking, UBA, Sampson Aneke, who spoke recently about the new features of the upgraded mobile app, said UBA as a listening institution, aims to provide the best value possible for its customers through a more interactive, user friendly interface that makes available a myriad of opportunities from the comfort of customers’ homes.
He explained that the new mobile app will now prompt users to use their device enabled biometrics, adding that the menu has been reduced and divided into sub-menus to enable users view Transaction History, Net worth, Trends amongst others at a glance. “With the new interface, the user can now see all the transfer options including the saved beneficiary option at a glance and can even order food for delivery via the app,” he said. Customers who subscribe to the lifestyle offering
Operating in 20 African countries and globally in the United Kingdom, the United States and France, the United Bank for Africa has a strong record of supporting its communities, through challenging times.