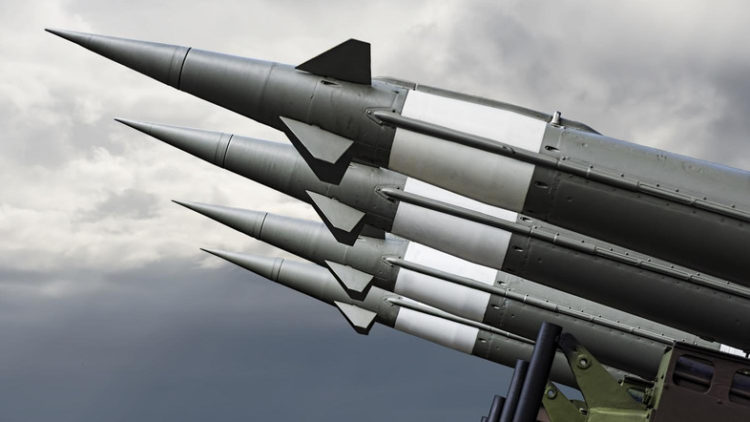 Germany on Saturday dramatically ramped up its backing for Ukraine’s battle against Russia, approving weapons deliveries for Kyiv in a policy change and agreeing to limit Moscow’s access to the SWIFT interbank system.

“The Russian invasion of Ukraine marks a turning point in history. It threatens our entire post-war order,” said German Chancellor Olaf Scholz as his government approved the delivery of a huge batch of lethal weapons to Kyiv.

“In this situation, we must support Ukraine to the best of our ability in its defence against (Russian President) Vladimir Putin’s invading army,” said Scholz, stressing that Germany “stands closely by Ukraine’s side”.

In a shift from its longstanding policy of banning weapons exports to conflict zones, Berlin is opening up its Bundeswehr store, pledging to transfer 1,000 anti-tank weapons and 500 “Stinger” class surface-to-air missiles to Ukraine.

It also finally approved the deliveries of 400 anti-tank rocket launchers via the Netherlands to Ukraine on Saturday.

The anti-tank launchers had been purchased by the Netherlands from Berlin, and The Hague had therefore required Germany’s green light to hand them to Kyiv.

Likewise, a weeks-long request from Estonia for the transfer to Ukraine of nine old Howitzers purchased from ex-communist East Germany won approval.

Besides the weapons, 14 armoured vehicles will be handed over to Ukraine, and “will serve for the protection of personnel, possibly for evacuation purposes”, said a government source.

Up to 10,000 tonnes of fuel will also be sent through Poland to Ukraine, said the source, adding that other “possible support services is now being examined”.

Kyiv has for weeks been pleading with Germany to send armaments to help face down an invasion by Russia.

But Scholz’s coalition of his Social Democrats, Greens and liberal FDP has until now cited Germany’s legacy of war guilt as a reason for not shipping lethal weapons to conflict zones.

Berlin’s obstinate refusal on weapons deliveries, and a previous decision to send only 5,000 helmets, had sparked anger and mockery.

Hours before Germany’s key policy shift, Polish Prime Minister Mateusz Morawiecki became the latest leader to hit out at Berlin over its weapons exports stance as he arrived in the German capital for talks with Scholz.

“Five thousand helmets? That must be some kind of joke. There needs to be real help… weapons,” he said, stressing that Ukraine is not just fighting for itself.

“They are also fighting for us. For our freedom, our sovereignty. So that we aren’t next in line,” he said.

Morawiecki had also voiced frustration with Berlin for dawdling on agreeing “crushing” sanctions, including booting Russia out of the SWIFT system that banks rely on to transfer money.

The suspension of SWIFT “would mean that there is a high risk that Germany will no longer receive the gas, raw material supplies from Russia”, he said.

Lindner told public television he was “open” to including SWIFT “in the course of possible further toughening of sanctions”, while adding that allies would “have to be aware of the consequences”.

But with pressure mounting from allies, Berlin said it was now working on excluding Russia from the system in a “targeted and functional” way.

“We are working at the same time urgently on limiting the collateral damage from an exclusion from SWIFT so that (the measure) hits the right people,” Foreign Minister Annalena Baerbock and Economy Minister Robert Habeck said in a joint statement.

“What we need is a targeted and functional limitation of SWIFT,” they added.