Tensions Between China and Australia Rising Over COVID-19 Investigation 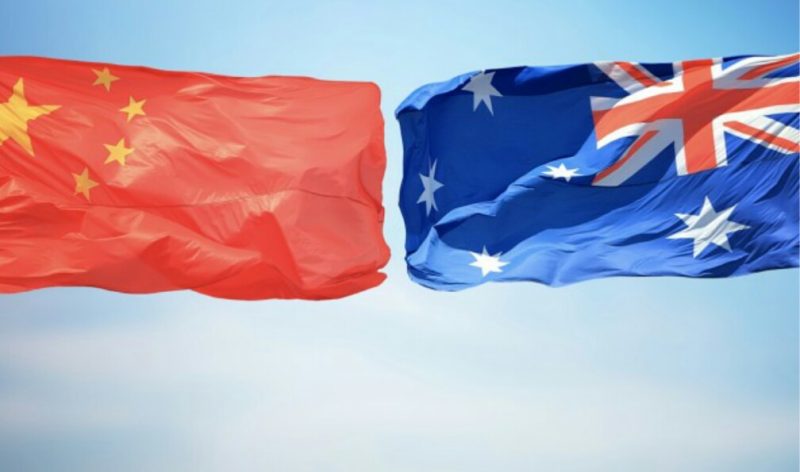 In many ways Australia will be a different place on the other side of this pandemic, but some things it seems will never change.

NRL players will still cause trouble, history wars over Captain Cook will continue and Australian billionaires will go to great lengths to stay in China’s good books.

Australian Billionaires, Andrew Forrest and Kerry Stokes have both made extraordinary contributions to Australia, while at the same time making extraordinary sums of money doing business in China.

When Chinese ambassador Jingye Cheng issued his alarming public threat about a consumer boycott of Australia for simply suggesting an inquiry into the origins of this global pandemic, some played it down.

Attorney-General Christian Porter described the diplomat’s most undiplomatic spray as an “emotional”, “short-lived” response. The sort of threat one might yell in anger, without really meaning it.

The two West Australian billionaires, however, took it seriously. Very seriously. Perhaps they understand better than most how China operates; that it is absolutely prepared to use its economic muscle to punish those with the temerity to question how this virus took off.

Stokes used the front page of his own newspaper, The West Australian, to urge the Morrison Government to back off.

In doing so, he perhaps inadvertently underscored the very point the Chinese ambassador had made. “If Beijing’s anger is not quelled it could have catastrophic consequences for the economy,” Stokes said.

According to one of Australia’s most influential media proprietors, Australia must “quell” China’s anger to avoid “catastrophic consequences”.

Forrest, meanwhile, openly urged the Government to shelve the inquiry on the grounds it doesn’t really matter how this once-in-a-century pandemic emerged: “I don’t know if this virus started in China or somewhere else and frankly I don’t care.” Those who’ve lost loved ones and livelihoods may take a different view.

To his credit, Forrest used his connections in China to secure a much-needed shipment of 10 million coronavirus test kits for Australia, for which he will be fully reimbursed by the taxpayer.

China is going to great lengths to donate and sell test kits and other medical equipment to Africa, the Pacific and Europe.

With each shipment, it’s trying to extract some sort of diplomatic benefit. It would much rather be regarded as the world’s saviour, than the cause of this global crisis.

In the case of this shipment of test kits, the pay-off was a platform alongside Australia’s Health Minister Greg Hunt to spruik China’s line.

“The Chinese Government has released information related to COVID-19 in an open, transparent and responsible manner”, consul-general to Victoria Long Zhou declared, after Forrest ambushed Hunt and invited the Chinese diplomat to speak.

The attempt by these two billionaires and indeed other business leaders to force a foreign policy course correction from the Morrison Government may not be entirely surprising, but it is nonetheless a sign of the difficulty that lies ahead for the Prime Minister.

Stokes and Forrest are hardly alone among business leaders wanting to make peace with Beijing.
Self-interest may be at play here, but the uncomfortable truth for many Coalition backbenchers fuming at these business leaders is that Australia will need China in its economic recovery.

The problem on the Australian side is the over-reliance on one big trading partner. And for all the talk of Australia becoming more self-sufficient and diversifying its trade relationships, it’s much easier said than done.

For two decades, every Australian prime minister has talked of diversifying Australia’s trade and opening new markets. On every visit to India or Indonesia, we’re told new opportunities in these developing giants are just around the corner.

And yet the most recent official figures show our dependence on China has only grown.

Breaking down the latest news and research to understand how the world is living through an epidemic, this is the ABC’s Coronacast podcast.
This heavy and growing reliance on China isn’t entirely the fault of successive governments.

Australian businesses and universities have all made decisions to chase the revenue on offer from China and in doing so have become increasingly dependent on one big customer.

The Prime Minister says he wants business rather than government to be at the centre of Australia’s economic recovery, but if Kerry Stokes and Andrew Forrest are any guide, China will continue to be central to their plans.

Business leaders are yet to show much interest in diversifying or much less cutting ties with China in a post-pandemic world.

If the Government genuinely wants to re-position Australia and be less reliant on a bully engaging in “economic coercion”, it can’t just leave business to business as usual.