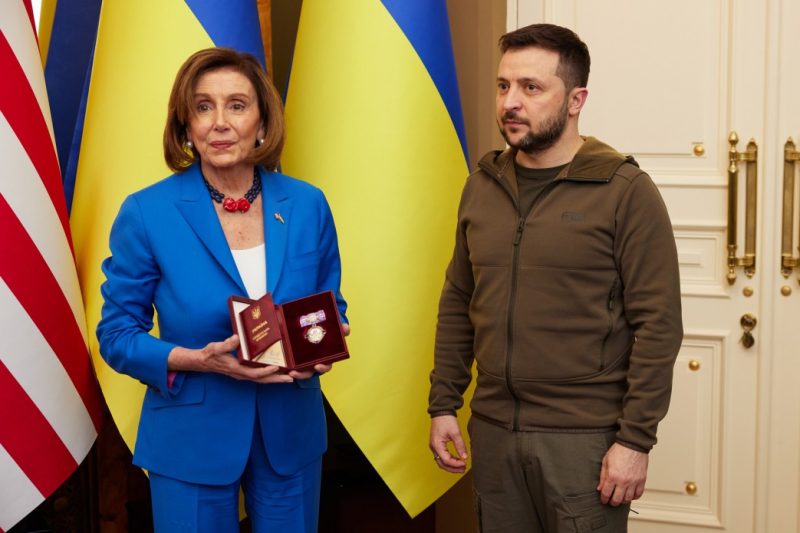 United States Speaker of the House of Representatives Nancy Pelosi traveled to Ukraine’s capital city of Kyiv and met President Volodymyr Zelenskyy, in a visit that was not previously announced.

Third in line for the US presidency, Pelosi is the highest-ranking American leader to visit Ukraine since the war began. She joined a congressional delegation including other members of the US congress.

“You all are welcome,” Zelenskyy told the delegation. “I am grateful to you for this signal of strong support from the United States, the people, and Congress – bicameral and bipartisan support.”

“This shows that the United States today is a leader in strong support for Ukraine during the war against the aggression of the Russian Federation.”

“We believe that we are visiting you to say thank you for your fight for freedom,” Pelosi told Zelenskyy. “We are on a frontier of freedom and your fight is a fight for everyone. Our commitment is to be there for you until the fight is done,” she added.