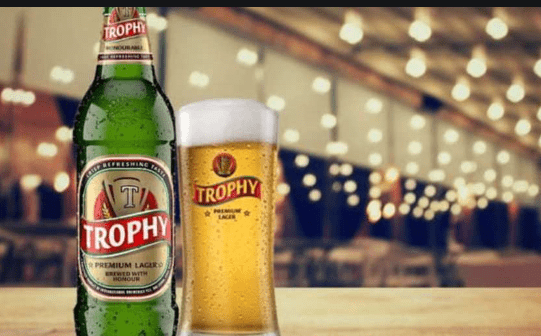 The strong growth in gross margin was supported by the restoration of social activities as the brewer adjusted its sales and marketing strategies to suit the dynamics of the new normal.

Of course, the synchronised easing of the Covid-19 guidelines  paves the way for beer drinkers to hit the bar, which has a positive effect on sales volumes.

International Breweries’ gross profit margin expanded by 18.05 percent as at March 2022, according to MoneyCentral calculations.

However, the majority of consumer goods firms capitulated to rising input costs as gross margins deteriorated.

The brewers benefitted from the injection of a N2.80 trillion stimulus in 2021, and the country’s favorable demographic (+206.0 million population with 100 million within the beer consuming age) means Nigeria has an edge over other African countries.

The National Bureau of Statistics has said that Nigerian residents spent N108.47 trillion on household consumption in 2021 in nominal terms.

The figure is higher than the N97.72 trillion recorded in 2020, showing an increase of 11 per cent amid double-digit inflation.

On the global front, the pandemic stimulus checks paid to citizens by the United States and European government quantitative easing combined with the relaxation of social distancing boosted beer consumption.

In 2021, the global market rebounded from a pandemic induced contraction in 2020 as revenue and sales volume grew 3.40 percent 2.50 percent year on year to $544 billion and 182.000 kilograms, according to a latest report by Afrinvest Research.

International Breweries is longer beleaguered by debt as its operating expenses can now cover interest expense, which validates a balance-sheet strength.

The Nigerian economy has been recovering since it exited a recession in 2020, but it is not out of the woods yet because there are structural bottlenecks that policymakers have not been able to remove.

The headline inflation climbed further by 90bps to settle at 16.8% y/y in Apr-22, from the previous print of 15.9 percent year on year (y/y) in Mar-22, which is 12bps higher than our forecast of 16.7 percent, according to data from National Bureau of Statistics (NBS).