Anambra Goes to Polls with Soludo, Ozigbo, as Favorites 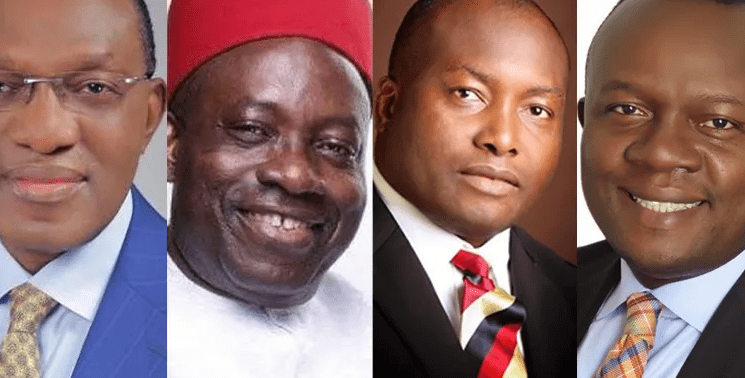 Amid fear and tension, caused by an needless bloodbath, which hindered campaigns of the political parties, the people of Anambra State will this morning vote to elect a new governor.

There are 2.5 million registered voters and 18 political parties for the election which is obviously going to test the Independent National Electoral Commission, INEC’s readiness to conduct a hitch-free, fair and credible general elections across Nigeria in 2023.

Anambra, with over 4 million population, consists of 21 local government areas. There are 5,720 Polling Units (PUs) across the state.

However, there would be no voting in 86 PUs because there are no voters there, according to INEC.

Though, the outlawed indigenous People of Biafra (IPOB) says it is not opposed to the poll and has withdrawn its stay-at-home order, there is still palpable fear across the state, with many afraid that terrorists may attack voters. This is certain to affect turnout of voters.

For most of yesterday, tension remained very high, with streets deserted, but the police and other security agencies have assured Anambra State voters of maximum security and want them to come out without fear. Indeed, every nook and cranny of the state is heavily policed.

As part of measures aimed at protecting the election, the Inspector General of Police, Usman Baba, ordered the restriction of vehicular movement in and out of Anambra State from 11:59 PM yesterday, 5th November, 2021 to 11:59 PM today, 6th November, 2021.

The IG noted that the restriction had become necessary following pointers from the Election Security Threats Assessments conducted by the Force, “which indicate a high likelihood of infiltration by criminally-minded individuals to Anambra State, before, during and after the polls.”

Baba further noted that the measure would also avail security forces a firm grip of the state, to checkmate the movement of political thugs and touts, and prevent the free flow, circulation and use of illicit arms and hard drugs throughout the period and beyond.

On Tuesday, Baba sent out a strong warning thus: “We have identified some more flashpoints, but we can handle that without problem. We have 85 per cent of personnel and assets on ground. Our helicopters are down and we have gun boats to take care of the marines and we know the Navy will assist in that regard.

“I want to assure that there is enough security on ground. We have sent signals to those who want to make trouble not to test our will. Those who tried last weekend had sad stories to tell, if at all they were able to get to their camps.”

The IG had earlier ordered the mobilisation and deployment of 34,587 police personnel and three police helicopters to Anambra State ahead of the election.

He said three police helicopters would be deployed for aerial surveillance amongst other operational capabilities.

The Commandant General of the Nigeria Security and Civil Defence Corps, Dr. Ahmed Audi yesterday announced the deployment of 20,000 personnel drawn from Anambra State and neighbouring state commands, to assist the police with security for today’s election.

Audi assured the people that the election will hold peacefully and successfully without rancor or acrimony “as the Corps is working in synergy and collaboration with other sister agencies to forestall any form of attack on voters, security agencies, sensitive and non-sensitive election materials, INEC permanent and ad-hoc staff and all other apparatuses deployed to ensure a hitch free election.”

The Deputy Inspector General of Police, Joseph Egbunike, earlier appointed as head of the special police team providing security for today’s election, was also removed yesterday without any reason given. Egbunike hails from Anambra State and oversees the five police commands in the South-east.

The new team leader for today’s election is Assistant Inspector General Zaki Ahmed, until now the second in command to DIG Egbunike.

The Chairman of the Independent National Electoral Commission (INEC), Mahmood Yakub also assured Anambra people of a credible election and security of lives and property.

Yakub, who spoke during a stakeholders’ meeting held at the INEC headquarters in Awka on Tuesday, said: “I want to urge Anambra people to go out and vote the parties of their choice. We have received assurances from the security agencies and they said they are capable of ensuring security for all. On our part, we assure Anambra people it will be free, fair and credible election.

Though there are 18 candidates on the ballot, there are only three major candidates in the race for Anambra governorship today.

Though, there is no written agreement on the rotation of governorship in Anambra State on Senatorial basis, this has in many previous elections determined the emergence of a governor.

This year, Anambra South is the most favoured for governorship, and all three most popular candidates – Valentine Ozigbo, Chukwuma Soludo and Andy Uba – who represent the three major political parties in the race, picked their candidates from that zone.

Incidentally, all three leading candidates also come from Aguata Local Government Area. While the three candidates will be sharing the votes in the zone, their ability to garner votes from the North and Central zones, will guarantee their victory.