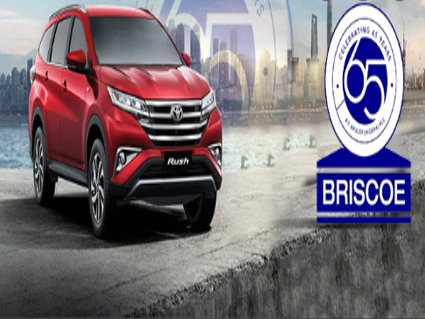 With consistent losses in the past eight years and series of court cases over huge indebtedness, the auditors of R.T Briscoe Plc say that there exists material uncertainty that may cast significant doubt about the company’s ability to continue as a going concern.

‘Going concern’ is an accounting label given to a business that can continue to pay its bills for the next year.

Bank overdraft stood at N16.82 billion as at December 2021, representing 72.56 percent of total liability which is a significant part of the balance sheet.

The company has not been able to repay the bank overdrafts and this has led to winding up case by one of the banks, according to PK Professional Services, auditors of the company.

“There are also issues on penalty charges by the banks. The significance of the balance, the recognition of the waiver in the deferred income and the inability to repay the borrowings which led to court litigations, and winding up cases against the company makes it a key audit matter,” said the auditors.

Of course, it is not surprising that the company which offers automobiles, power equipment and industrial equipment products is struggling with shortage of cash for financing its day to day activities as its total current liabilities of N23.18 billion exceeds current assets of N4.79 billion, which resulted in negative working capital of N13.13 billion as at March 2022.

Liquidity crisis is deleterious to companies because it could lead to bankruptcy, and consequently, its assets are being liquidated and distributed to creditors in the order of claims.

It is important to note that RT Briscoe Nigeria Plc is technically insolvent as its total liabilities exceeds total assets of N10.08 billion, which led to a negative shareholder’s fund of N13.13 billion.

A cursory look at the income statement showed that while operating income surged by 2044% percent to N206.13 million on the back of strong growth in revenue, the company posted a net loss of N553.02 million.

The loss was elicited by a 49 percent increase in finance cost to N759.16 million as the firm pays huge interest on money borrowed from banks.

Times interest coverage stood at 0.27, according to MoneyCentral calculations.

Interest Coverage Ratio indicates the capacity of an organization to pay its interest obligations. An interest cover of 2 implies that the entity has sufficient profitability to bear twice the amount of its current finance cost.