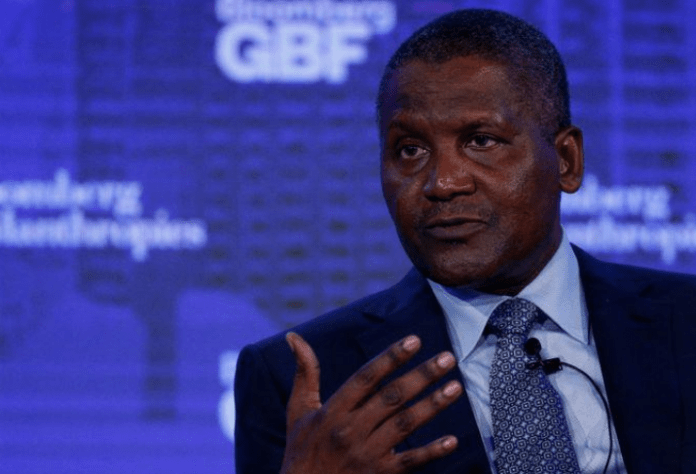 Urea is the most important nitrogenous fertilizer in the market, with the highest Nitrogen content (about 46 percent). It is a white crystalline organic chemical compound.

Dangote fertilizer plant which is fully owned by Dangote Industries is expected to manufacture 3 million tons per annum capacity of urea, cut Nigeria’s fertilizer imports, and generate $400 million annual foreign exchange, in export to other African countries, Brazil and the United States.

In 2019, Nigeria ranked number 12 when compared to other countries in Urea Fertilizer Production at 1,378,161 Metric Tons, according to data from the Food and Agriculture Organization of the United Nations or FAO.

However, with the Dangote plant coming on board, Nigeria will now rank 7th position globally with urea production capacity shooting up to 4.37 million Metric Tons, just behind the United States.

Dangote has announced that the plant capacity will later be expanded to produce multiple grades of fertilizers to meet soil, crop and climate-specific requirement of customers, meaning Nigeria could still climb further on the global ranking.

According to the World Bank, Nigeria consumed only 20 kg of fertiliser per hectare of arable land in 2018, compared with 73 kg in South Africa and 393 kg in China.

Fertilizer prices are forecast to stay high over the remainder of 2021, with increased urea price assumptions reflecting higher feedstock prices (coal) so far this year, higher-than-expected demand growth in the short and medium term and increased capacity utilisation rates.

Industrial demand for urea fell marginally in 2020 but has fully recovered this year, according to Fitch Ratings, which revised its Urea (FOB Black Sea) price assumptions from $235/tonne to $280/tonne to reflect its more bullish expectations.

“Agricultural demand remains robust due to favourable planting conditions in most regions and high corn prices, although some US urea production capacity is still halted due to cold weather,” Fitch Ratings said in a note earlier this year.

“New low-cost production capacity set to come on stream in Brunei, the CIS and Nigeria in 2021-2023 will be partially offset by planned closures of high-cost capacity. We expect utilisation rates to remain high.”