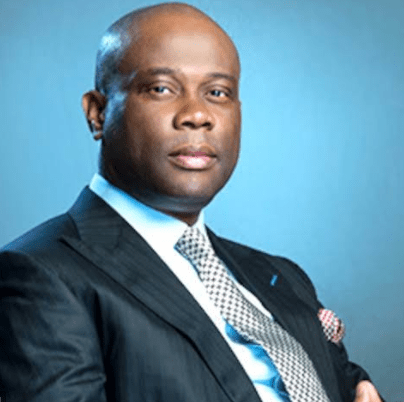 For a financial institution with nearly N9.05 trillion on its balance sheet, Access Bank Nigeria Plc sometimes gets lost in the hobble.

It isn’t Guaranty Trust Bank (GTBank), with its large market capitalization and charismatic outgoing CEO, Segun Agbaje. Nor Zenith Bank with its long history on online platforms and aura of invincibility. It isn’t even United Bank for Africa (UBA), who have excited investors with nerve taking expansion across Africa. If anything, Access Bank is kind of boring.

At least that’s what it wants you to think. But Access Bank, led by unassuming Herbert Wigwe, may be the best positioned of the big banks to surmount the punitive regulatory environment and the economic downturn caused by the coronavirus pandemic that is killing people across the globe.

Its share price has been rallying since the start of the year, and the acquisition of Diamond Bank a few years ago shows it is pursuing high interest yielding assets that will be helping it deliver higher returns to shareholders in the form of bumper dividend payment and share appreciation.

Nothing demonstrates this better than Access Bank’s earnings. The company reported net income growth of 28.39 percent to N52.54 billion in the first quarter, the fastest bottom line (profit) expansion among peer rivals, and an inch from displacing Zenith Bank as the largest lender by profit.

Interestingly, only the bank recorded growth in revenue among peer rivals as interest income rose by 9.0 percent year on year (y/y) to N143.80 billion in the period.

The uptick in revenue was supported by good growth in income from investment securities (+26.1 percent y/y to N55.52 billion), which offset the marginal decline in income from loans and advances to customers (-2.1% y/y to N82.09 billion). The income growth in investment securities may point to the bank being able to invest maturing funds as market yields increased at the tail end of last year.

Nigerian big banks have been grappling with deteriorating earnings on the back of the central bank policies that sent net treasury yield crashing. In 2019, the regulator barred corporates and individuals from its open market operations (OMO) auctions.

Of course, financial institutions park their money in both short- and long-term government securities when yields are high. Treasury yields were hovering around 18 percent and 22 percent in 2017, but it is roaming around 8.91 percent and 8.04 percent.

Indeed, a low yield environment is taking a toll on banks’ revenue as the combined interest income of the 12 largest lenders dipped by 10.03 percent to N632.94 billion as at March 2021, according to data gathered by MoneyCentral.

The aim of the central bank’s stringent policies such as the hike in minimum loans to deposit ratio and the cash reserve ratio is to force lenders to turn on the tap of lending to the real sectors of the economy.

While none of the five largest banks met the minimum loans to deposit ratio by the apex bank, they saw loans and advances to customers increase by 3.06 percent to N15.82 trillion in the first quarter.

Analysts have warned that the slew of regulations could result in deteriorating asset quality and also pose liquidity challenges.

Despite these challenges, Access Bank’s net interest margin- the difference between what banks make on their loans versus the interest they pay on customer accounts- spiked by 30.10 percent to N93.95 billion as at March 2021.

The bank’s performance is impressive and should lead to a strong performance for the year, according to analysts at Cordros Securities Limited.

There are rumours that Access Bank could buy Union Bank, as the gap between the big fish and the small ones widens. The lender’s strong liquidity and working capital positions puts it in an advantageous position to pursue such aggressive expansion plans.

Deals : Heirs can Buy These 4 Insurance Companies for Inorganic Growth