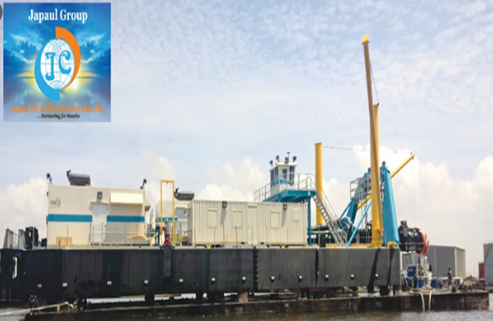 PFK accountants and business advisers, the independent Auditors for Japaul oil and Maritime Services Plc, have flagged a material uncertainty relating to the going concern status of Japaul.
According to the Auditors:
“We draw attention to Note 2.3 in the financial statements, which indicates the Group’s current liabilities exceed its current assets by N1.566 billion (December 2018: N10.821 billion). It should be noted that a portion (N43.017 billion) of the net profit in the current year relates to provision written back as a result of the settlement between the company and its creditors. As stated in Note 2.3, these events or conditions along with other matters as set forth in Note 2.3 indicate that a material uncertainty exists that may cast significant doubt on the Group’s ability to continue as a going concern. Our opinion is not modified in respect of this matter.”

The Auditors noted that Japaul’s continued existence is dependent on revenue from contracts with major international Oil Companies (IOCs) and lending from creditors.
“The oil glut and free fall in oil price has resulted in major IOCs curtailing operations and renegotiating existing contracts. This is likely to impede revenue earnings and repayments of existing loan obligations,” PFK accountants said.
“The company has been persistently making operating losses in the last years up to 2018.”