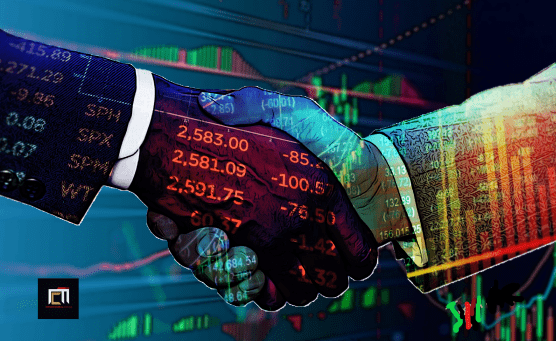 It is important that policy holders formulate transformation policies that will deepen the capital market as Nigerian stocks are ridiculously undervalued when compared to peers in Frontier and Emerging markets.

The data reached an all-time high of 29.7 percent in Dec 2007 and a record low of 3.0 percent in Dec 1985, according to MoneyCentral’s trend analysis.

The stock market capitalization-to-GDP ratio is a ratio used to determine whether an overall market is undervalued or overvalued compared to a historical average.

The stock market capitalization-to-GDP ratio is also known as the Buffett Indicator—after investor Warren Buffett, who popularized its use.

The majority of analysts and market participants attribute the abysmally low valuation to foreign investors’ apathy towards the equity market and the difficult macroeconomic environment.

“A number of companies do not see the incentive to list especially now that the macroeconomic conditions are unfavorable,” said said Gbolahan Olugunro, equity research analyst at Cordros Securities Limited.

“There is no need raising capital at a cheap rate when the demand for products is low and production is being hampered by insecurity, infrastructure bottleneck, and foreign exchange challenges,” said Ologunro.

Ologunro added that the cost of listing on the exchange that includes legal fees and other regulatory costs can exceed the benefits of such an exercise.

Gross domestic product grew 0.11 percent in the three months through December from a year earlier, compared with a decline of 3.6 percent in the third quarter, according to recent data from the National Bureau of Statistics (NBS).

Nigeria, attracted total foreign direct investment (FDI) of $2.6 billion in 2020 down from the $3.3 billion it attracted a year earlier, according to the statistical body.

Disappointingly, the Security and Exchange Commission (SEC) laments that there have not been significant increases in the number of listed companies on the Nigerian capital market when compared with peers in Frontier and Emerging markets, despite being in a position to push reforms.

The banking sector reforms of 2005 saw a significant reduction in the number of financial institutions to 25 from 89 as there were mergers and acquisition activities to salvage the ones that did not have a strong capital base to meet the requirement.

Now, the country has 169 listed companies with a total market capitalization of N20.23 trillion.

Of course, mergers and acquisition activities slowed on the back of the wrought brought on by the coronavirus pandemic that forced the government to impose a lockdown that paralysed business activities across the globe.

It has become increasingly clear that the equity market will continue on a downward trend as yields on fixed instruments trend higher on the back of strong demand for higher yields by investors and the need to attract foreign interest in Naira assets amid a dollar shortage.

Analysts at Chapel Hill Denham Limited have said enhancing private sector participation in the equity market may be an efficient strategy to raise capital and fund infrastructure projects across the country.

According to estimates from the Nigerian Investment Promotion Commission (NIPC), the country needs $2.8tn in infrastructure investment over the next 30 years.

Stock markets give a big boost to economic activities by creating liquidity because many profitable investments require a long-term commitment of capital. Because companies can assess long term capital through the market, there are projects for economic growth. At the same time, the government generates income through withholding tax on dividend.

Analysts say the government should unlock the potentials in the economy by removing structural bottlenecks such as the multiple exchange rate system that spooks investors who cannot repatriate their money and the complete liberalization of the downstream oil and gas industry for better efficiency and transparency.