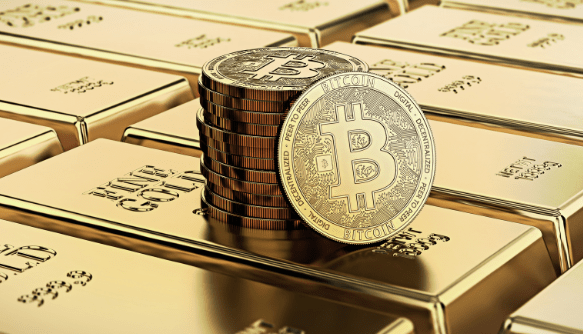 The last few weeks have seen a dramatic divergence in the fortunes of gold and bitcoin as a wide range of strategists note that “there also seems to be an increasing demand to use Bitcoin where Gold used to be used to hedge Dollar risk, inflation and other things.”

Goldman Sachs however says in their latest note that “Bitcoin and gold can coexist.”

As Goldman’s Jeff Currie writes, gold’s recent underperformance versus real rates and the dollar has left some investors concerned that Bitcoin is replacing gold as the inflation hedge of choice.

“While there is some substitution occurring, we do not see Bitcoin’s rising popularity as an existential threat to gold’s status as the currency of last resort,” Currie said.

Both institutional investors and wealthy individuals avoid cryptocurrencies due to its inherent transparency issues, while speculative retail investment causes Bitcoin to act as an excessively risky asset.

“In our view, bitcoin is the retail reflation trade while gold is a defensive asset with long-term real capital preservation. In addition, gold’s recent sell off was more closely aligned to a vaccine-driven risk-on rotation, rather than an abandonment of gold as a hedge against debasement,” Currie concluded.