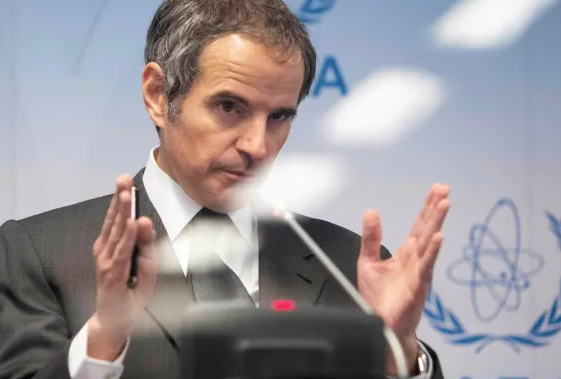 The head of the UN’s nuclear watchdog has warned that Iran is enriching uranium at purity levels that “only countries making bombs are reaching”.

Rafael Grossi, the director-general of the International Atomic Energy Agency, told the Financial Times the situation was “very concerning” as Iran’s nuclear programme had become more sophisticated over the past two years.

“A country enriching at 60 per cent is a very serious thing — only countries making bombs are reaching this level,” said Grossi. “Sixty per cent is almost weapons grade, commercial enrichment is 2, 3 [per cent].”

In an interview, he said it was Iran’s “sovereign right” to develop its programme, but added: “This is a degree that requires a vigilant eye.”

Iran has been ramping up its nuclear activity since May 2019 in response to Donald Trump’s decision to unilaterally pull the US out of the atomic accord Tehran signed with world powers and impose crippling sanctions on the Islamic republic.

Tehran announced last month it was enriching uranium at a purity level of 60 per cent — its highest-ever level — which far exceeds the 3.67 per cent purity agreed in the 2015 nuclear agreement.

It has continued to increase its nuclear activity while holding talks with the accord’s remaining signatories — Germany, France, the UK, China and Russia — to thrash out an agreement that would lead to the US rejoining the deal.

President Joe Biden has said his administration would rejoin if Iran returns to full compliance. Tehran insists US sanctions must first be lifted. All sides have said the talks have been constructive.

A fifth round began in Vienna on Tuesday. Iran repeatedly denies it is seeking nuclear weapons. It had told the IAEA that its increased enrichment of uranium was for medical purposes and research, Grossi said. But he added:

“We don’t seem to find much need for that at the current level of industrial, medical activity in Iran, but this is for a country to decide.”