Israel Signs Historic Trade Deal With UAE, its Biggest With Any Arab Country 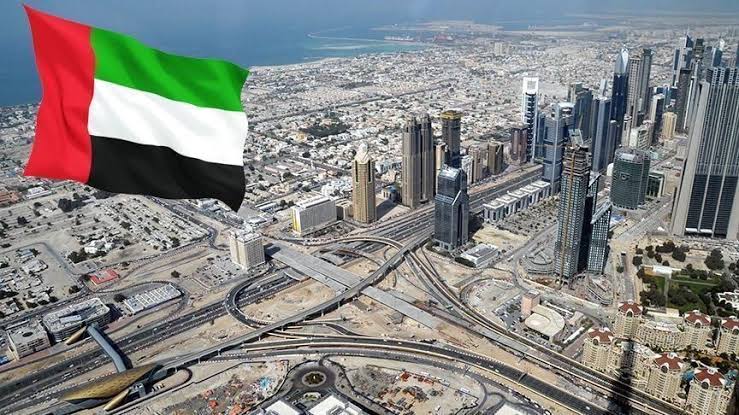 Israel and the United Arab Emirates on Tuesday penned a multi-billion dollar free trade agreement, the latest product of the two countries’ historic normalization deal in 2020 known as the Abraham Accords.

With a stated target of increasing annual bilateral trade to more than $10 billion over the next five years, the trade agreement is the largest ever between Israel and any Arab country. It covers 96% of the trade between the two Middle Eastern countries, which last year reached $885 million, according to Israel’s economy minister.

To illustrate the sheer speed and scope of trade between the UAE and Israel that’s taken place since the two established official relations in August of 2020, that bilateral figure is more than twice the volume of Israel’s trade with Egypt in 2021, which was $330 million — and Israel and Egypt have had a peace agreement in place since 1979.

The signing opened “a new chapter in the history of the Middle East,” Emirati Trade Minister Thani Al Zeyoudi wrote on Twitter. “Our agreement will accelerate growth, create jobs and lead to a new era of peace, stability, and prosperity across the region.”

For Jon Medved, CEO of the crowdfunding platform OurCrowd and venture capitalist in Israel’s tech scene, trust between the two countries is key to seeing more investment.

“Trust is not something you can build in a month or two, but I think there is enormous goodwill,” Medved told CNBC’s Dan Murphy ahead of the deal’s signing. His firm has already invested in the UAE, hired employees in the Gulf and received a regulatory status from Abu Dhabi Global Market, a UAE free zone.

“While I think trust isn’t something that you snap your fingers and it instantly happens, I think the steps are being taken on a political level and a human level that are creating trust and this is going to lead to extraordinary business opportunities,” Medved said.

VIDEO02:13
Trust between Israel and the UAE ‘is not something you can build in a month or two,’ CEO says
The signing of the deal came amid renewed violence between Israelis and Palestinians.

On Monday, thousands of Israeli nationalists surrounded the Al-Aqsa compound in Jerusalem, the third-holiest site in Islam, chanting anti-Muslim slurs, with some physically attacking Palestinians and a few arrested for spraying a Palestinian journalist with tear gas. The demonstrators had gathered for the commemoration of Israel’s capture of Jerusalem’s Old City in the Six Day War of 1967.

The UAE’s foreign ministry in a statement Monday condemned what it described as the “storming” of the Al-Aqsa compound by “extremist settlers under the protection of Israeli forces.” It also asked that Israeli authorities “take responsibility for reducing escalation and ending all attacks and practices that lead to the continuation of tensions.”

Other cities and towns in the West Bank also saw violence and attacks on homes in Palestinian neighborhoods by groups of Israelis. More than 160 Palestinians were injured,