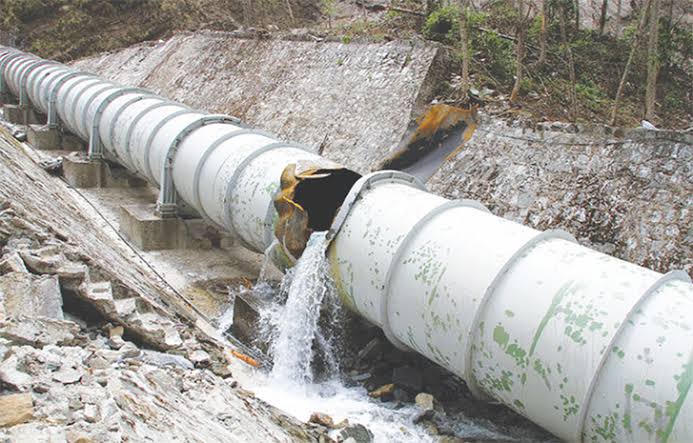 Crude theft and sabotage have long been problems in Nigeria, but 2021 saw record levels of theft according to data from the Nigerian National Petroleum Corporation (NNPC).

The thefts combined with export terminal and pipeline shut-downs are limiting Nigeria’s ability to ramp-up production and take advantage of high oil prices.

Onshore operators are also spending to secure current production rather than grow it, which represents a huge opportunity cost, according to Wood Mackenzie, an energy research and consulting firm.

” Nigeria has been here before in 2016. Alternative pipelines are far too slow to materialize so investors and the state have paid the price,” Wood Mackenzie said.

Nigeria’s OPEC+ quota was raised to 1.72 million barrels per day (b/d) in March 2022. Crude supply in 2021 was only 1.31 million b/d, meaning Nigeria is unlikely to help the global supply crunch, and unable to grow its Central Bank of Nigeria (CBN) dollar reserves due to the crude theft.

NNPC reports that crude thefts in 2021 reached 200,000 barrels per day or a quarter of onshore production.

So far in 2022 there have been little improvement, with Brass and Bonny terminals shut-in in March.

Oil shut-ins also impact associated gas production and sales to the domestic market and NLNG, while some onshore investments have been put on hold as operators try to secure production via alternative export routes.

The Nigerian government has come out in recent weeks to say that the scale and sophistication of crude thefts suggests an organised operation on an industrial scale.

The Bonny and Brass pipelines in the eastern delta are worst affected, with the concentration of incidents shifting from the western Niger Delta to the East, through fewer but larger crude thefts targeting vulnerable export trunk lines.

Shell declared Force majeure at the Bonny terminal in March 2022 due to a slump in crude throughput as oil struck oil majors operations.

Heirs Oil and Gas averaged losses of 66 percent from OML 17 in 2021, peaking at 97 percent in December, with the Imo River and Rumukpe being hotspots for theft and sabotage.

The Nembe Creek Trunkline (operated by Aiteo) suffered downtime of up to 40% while the offshore ACOES alternative pipeline under construction is too late to help in the current crisis.
In the Western Delta, improved security and monitoring have helped to reduce losses at Forcados, according to Wood Mackenzie, but this is offset by a lack of pump capacity at Ughelli.

Ughelli pumping station (operated by NPDC) shut down for 3 weeks in October 2021 for repairs, with downtime averaging 20-30%.
Shell declared force majeure at Forcados in August 2021 and again in December due to ‘operational issues.

On Eni’s Brass oil pipeline, local security contractors are struggling to contend with an unprecedented number of incidents.

Eni declared force majeure at the Brass River oil terminal in March 2022 due to pipeline sabotage.

The Obiafu-Obrikom and Ebocha facilities are the focal point for sabotage and pipeline users upstream of these points face losses of up to 50 percent.

ExxonMobil declaredforce majeure at the Qua Iboe terminal in December 2020 due to a fire.

The bottomline analysts say is that failure to complete alternative routes has cost producers dear with still no new pipelines since the 2016 crisis and operators mainly relying on expensive barges.

Seplat has completed a pipeline from Amukpe to Escravos but still not in use due to commercial issues.

Many producers such as ND Western barged crude offshore from Warri in 2016 which remains an expensive option.

Heirs Oil & Gas will start trucking and barging crude in 2022. It also plans to build its own export pipeline to avoid the Trans-Niger trunk line.

Eroton’s Alternative Crude Oil Evacuation System (ACOES) will export crude from OML 18 and OML 24 to the Eli Akaso FSO from 2022, but the pipeline is still not in use.

Barging costs are typically US$15 to US$20 per barrel and barging becomes cost effective when oil losses exceed 20%, provided that oil prices are high enough to cover the additional cost.

Logistics can also limit barging volumes to a maximum of 20,000 b/d, while oil producers need access to a navigable river and barging jetty, and an agreement with an offshore vessel to export the crude.

The larger producers often see barging only as a short-term solution and typically return to the major trunk lines once performance improves.