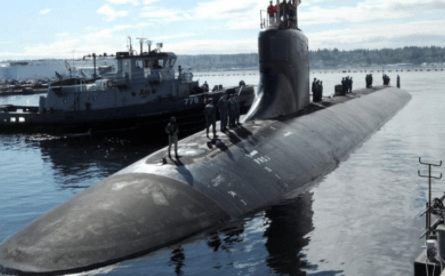 Key commands of the NATO member countries have received reports over the past few days regarding the movement of the nuclear submarine Belgorod, which can carry Poseidon torpedoes.

It is considered “the epitome of a new concept of warfare,” La Repubblica writes. It said that the Belgorod is often mentioned in the context of the sabotage of the Nord Stream gas pipelines, “as this is one of the activities for which it was designed.”

“However, Western intelligence is convinced that (the submarine) did not go beyond the White Sea (in the north of Russia),” the newspaper writes. “In fact, it should next appear in the waters of the Arctic for a series of secret tests.”

The nuclear submarine BS-329 Belgorod was originally built as a Project 949A Antey submarine (according to NATO classification – Oscar-II). However, it was modified as it was being built. The 184-meter submarine is now the longest submarine in existence today. Belgorod was officially transferred to service with the Russian Navy on July 8, 2022.

The main difference between the Belgorod and all other nuclear submarines in the world is its potential ability to carry Poseidon nuclear torpedoes, capable of traveling hundreds of miles under water and causing “nuclear tsunamis” by exploding near a coast.

At the same time, the United States created a network of satellites with infrared sensors precisely in order to record the launch of these Russian weapons.

Hans Christensen, director of the Nuclear Information Project at the Federation of American Scientists, said the torpedoes are still under development. According to him, the combat deployment of Poseidons is possible no earlier than the second half of this decade.

And in an April report by the Congressional Research Service, it was said that they would enter service with the Russian Navy no earlier than 2027, writes U.S. cable news channel CNN.