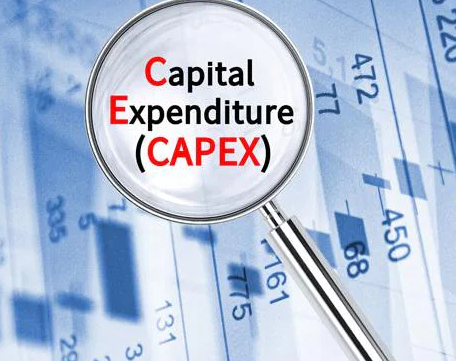 Nigerian companies are investing in new assets, a move that is encouraging to investors who fret that deteriorating consumer purchasing power, foreign exchange scarcity, and energy crisis would damp firms’ appetite for expansion.

The combined capital expenditure among NGXASI companies increased 33.37 percent year-over-year to N441.48 billion in the first six months of 2022 , according to data gathered by MoneyCentral.

Capital expenditures (CapEx) are funds used to improve and maintain the physical resources of a company. Common CapEx projects include the construction of new factories, upgrading manufacturing equipment, and payment for repairs.

Increases in crude oil price buoyed by the Russian and Ukraine war and pent-up-demand due to relaxation of lock down have paved the way for oil and gas giants to ramp up production.

Analysts say the uptick in capital spending means firms have finally surmounted the coronavirus headwinds and are seeking to tap more opportunity in the market.

“However, l think companies may slow down Capex plans again in the second half of the year and focus on replacement expenditure, as companies take caution ahead of general elections,” said Abiola.

The improvement in capital expenditure spending also validated the gradual recovery in the economy as reported in the last GDP report.

Nigeria’s Gross Domestic Product grew by 3.11 per cent in the first quarter of 2022, according to a recent report by the National Bureau of Statistics (NBS).

Seplat Energy who had the purchase of Exxon Mobil reversed by the president spent N29.35 billion on the acquisition of oil and gas property, plant, and equipment in June 2022.

MTN Nigeria with the largest capital expenditure spend among firms on the NGXASI index expended N171.51 billion on the acquisition of physical assets, which is 64.96 percent higher than 2021’s N103.97 billion.

The telco giant accelerated on capital expenditure (capex) to hedge against supply chain disruptions and foreign exchange risks as the company invested in the rollout of 4G network.

It is on course to launch 5G services across Nigeria in the third quarter of (Q3) 22, having acquired one lot of 100MHzin the 3.5GHzspectrum.

“We are cautiously optimistic that, as the only mobile telecom with a 5G licence, management will further widen the data revenue gap between MTNN and competitors from Q4-22 onward,” said analysts at Chapel Hill Denham Limited.

It is important to note that the largest consumer goods firms collectively disbursed a combined N99.04 billion in June 2022, which represents a 30.76 percent increase from 2021’s N75.74 billion.

However, these firms are burning cash in the acquisition of PPE as evidenced by deteriorating net cash flow operating activities.

Analysts say many of them have related sales terms, with more friendly credit offerings to distributors.

“When credit policies are relaxed to increase sales/revenue, the impact is a lower cash flow arising from longer cash conversion cycle occasioned by the relaxed credit policies,” said an analyst who does not want his name mentioned.

Fisdon Healthcare and May and Baker, the largest pharmaceutical companies in Africa’s largest economy, collectively spent N3.74 billion on PPE in June 2022, which represents a 113.14 percent surge from 2021’s N1.75 billion.

Drug makers’ appetite for expansion and manufacture of drugs was propelled by an increase in the Federal Government’s allocation to the healthcare sector in the 2022 budget to 5.12 percent, compared to average of 4.60 percent in 5 years.

There are indications that they will continue to make such acquisitions of assets throughout the years as sector players have been given N100 billion by the government to expand their capital base and boost local production of medicines and consumables.

But there are signs that firms will put a brake on capital spending due to the tough and unpredictable macroeconomic environment.

Of course, rising inflation and unemployment, and huge utility bills are squeezing consumer wallets while the war in East Europe has ballooned input cost as the world relies on Russia and Ukraine for supply of the grains.

A spike in diesel prices since the start of year combined with foreign exchange scarcity have forced some firms to close shop while the existing ones are struggling to stay afloat.