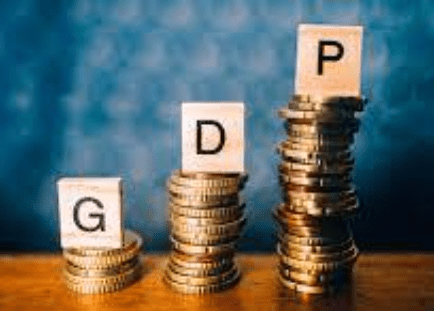 Africa’s biggest economy grew 2.25% in the third quarter, compared with 4.03% a year earlier.

Lower oil production, soaring inflation and an unstable currency has hampered an economy still trying to recover from the COVID-19 pandemic and facing a presidential election in February, which President Muhammadu Buhari is constitutionally-barred from contesting.

Growth in Nigeria has maintain a positive trajectory rising for the eight consecutive quarter, data from the National Bureau of Statistics (NBS) showed.

Gross domestic product stood at 3.54% in the second quarter and 3.11% in the first quarter.

“The reduction in growth is attributable to the base effects of the recession and the challenging economic conditions that have impeded productive activities,” the NBS said in a report.

Nigeria, Africa’s top oil producer, recorded an average daily oil output of 1.20 million barrels per day (mbpd) in the third quarter, lower than the daily average of 1.57 mbpd registered in the same quarter of 2021, the NBS said.

Last week, the International Monetary Fund cut Nigeria’s 2022 real GDP growth forecast down to 3% from 3.4% earlier, due to weak oil production and the adverse effects of recent flooding.

Nigeria is facing massive crude theft and insecurity in its oil producing region which has slashed oil output and revenues.

Oil production, which accounts for around two-thirds of government revenue and 90% of its foreign exchange reserves, contracted 22.67% in the third quarter, the NBS said.

Nigeria switched to a tightening cycle in May, supported by positive economic growth, to counter inflation that has hit its highest since 2005. The central bank so far raised rates by a total of 500 basis points this year.