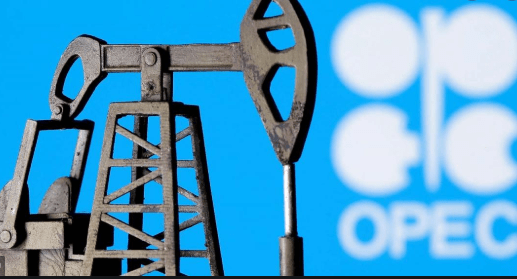 Russian Deputy Prime Minister Alexander Novak addressed the much anticipated decision-making at the upcoming OPEC+ conference set for August and the expectation that it will decide to raise output significantly beyond the current pandemic-induced strategy of gradually releasing more barrels into a strengthening oil market.

Novak said in his Thursday remarks at the St Petersburg International Economic Forum that while it remains “premature” to talk about output decisions for August, he affirmed “The current oil price is good enough for Russia,” adding:

“Oil prices reflect the balance of supply and demand,” and noted it’s expected the seasonal oil demand will increase in the third quarter of the year.

On Wednesday Brent crude futures touched their highest price since September 2019 at $71.99, with the international benchmark gaining 1.6%, following the day prior the benchmark seeing a rise of almost 3%.

Novak confirmed the upcoming OPEC+ conference will address and finalize oil output for August and other months, while stressing that oil prices shooting too high “may force users to switch to other energy sources.”

On that front in particular, he blasted current IEA proposals and a “road map” being pushed which in the end could lead to $200 a barrel oil(!):

“If the world were to follow the International Energy Agency’s controversial road map, which said investment in new fields would have to stop immediately to achieve net-zero carbon emissions by 2050, “the price for oil will go to, what, $200? Gas prices will skyrocket,” Novak said.

Qatar and Saudi Arabia seconded that dire assessment, vowing to continue expanding their oil and gas facilities while pointing the finger at the climate activists for seeking to starve industry cash.

The “euphoria” around the transition to clean energy is “dangerous,” Qatar’s Energy Minister Saad Sherida Al Kaabi said at the St Petersburg International Economic Forum in Russia on Thursday.

“When you deprive the business from additional investments, you have big spikes” in prices, he stressed further.

The IEA’s roadmap set out in the Paris Accords for achieving net zero carbon emissions by 2050 requires reducing emissions as much as possible then offsetting the rest with “carbon removal” plans financed by carbon credits.