UN Votes to Suspend Russia From its Human Rights Council 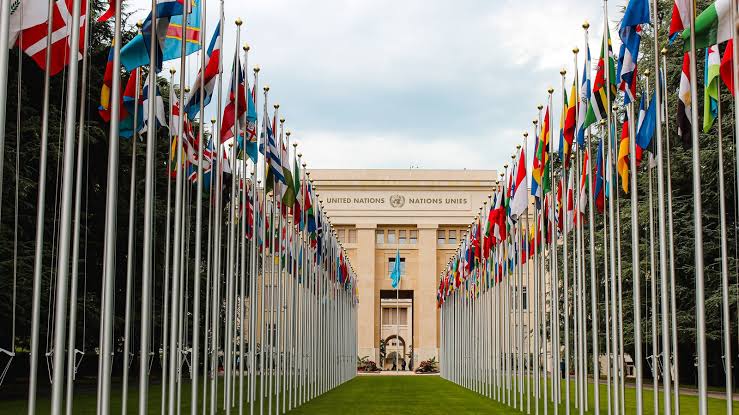 A total of 93 members of the assembly voted in favor of the measure, while 24 were against and 58 abstained. Those who voted against the resolution included Russia’s regional ally Belarus, China, North Korea, Iran and Syria.

“Russia’s actions are beyond the pale,” Ukraine’s U.N. ambassador Sergiy Kyslytsya said prior to the vote. “Russia is not only committing human rights violations, it is shaking the underpinnings of international peace and security.”

“What we’re seeing today is an attempt by the United States to maintain its dominant position and total control,” he said. “We reject the untruthful allegations against us, based on staged events and widely circulated fakes.”

Kyslytsya responsed to Russia’s complaints about the proceeding saying: “We have heard, many times, the same perverted logic of the aggressor trying to present itself as the victim.”

U.S. Ambassador Linda Thomas-Greenfield had made the call for Russia to be stripped of its seat on the 47-member Human Rights Council in the wake of videos and photos of streets in the town of Bucha strewn with corpses of what appeared to be civilians. The deaths have sparked global revulsion and calls for tougher sanctions on Russia, which has vehemently denied its troops were responsible.

“We believe that the members of the Russian forces committed war crimes in Ukraine, and we believe that Russia needs to be held accountable,” Thomas-Greenfield had said Monday. “Russia’s participation on the Human Rights Council is a farce.”

While the Human Rights Council is based in Geneva, its members are elected by the 193-nation General Assembly for three-year terms. The March 2006 resolution that established the rights council says the assembly may suspend membership rights of a country “that commits gross and systematic violations of human rights.”

Approval required a two-thirds majority of the assembly members that vote “yes” or “no,” with abstentions not counting in the calculation.