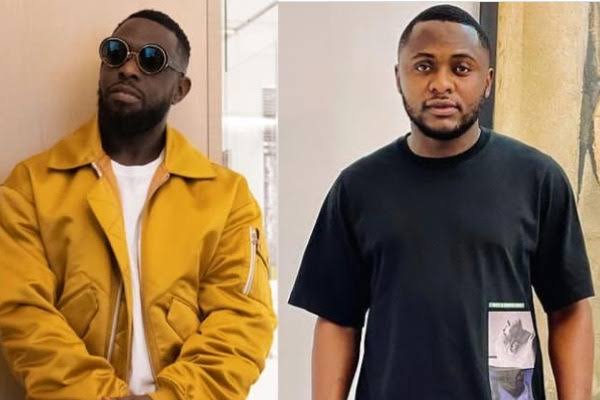 Another beef is brewing in the Nigerian music industry as singer and songwriter, Inetimi Timaya Odon better known as Timaya has threatened to beat up music artist manager and entrepreneur, Ubi Ekapong Ofem also known as Ubi Franklin.

Fondly known as Egberi Papa 1, Timaya took to his official Twitter page on Wednesday morning to call out Ubi. Timaya further reminded Ubi Franklin how he beat him up last year. He went further to advise Ubi to concentrate more on being the ‘nanny’ to Davido’s son, Ifeanyi.

He tweeted, “Ubi Franklin u remember the beating I gave u in January last year?  Don’t let me beat u against, and pls I like your new job. As Ifeanyi’s NANI and pls don’t mess it up. Davido is a good guy he can make ur life. Pls focus on ur new JOB. Thanks”(sic)

In reaction to the tweet, Ubi claimed that the singer’s anger was stemming from the fact that he personally criticised his actions after the hit-and-run accident.

He said, “Timaya is so petty. You are angry cos I told you how wrong it was to knock a woman down and leave her to her fate. You come to talk trash here today? I am not a person that will see wrong and keep quiet. You were wrong to have knocked that woman down and left her there. Period.”

Recall that in February 2022, Timaya was involved in a hit-and-run incident. The singer was publicly called out by a witness and later on by the victim. The victim stated that the singer had bashed her car and when she came out to confront him, the singer sped off while she was still holding on the car.