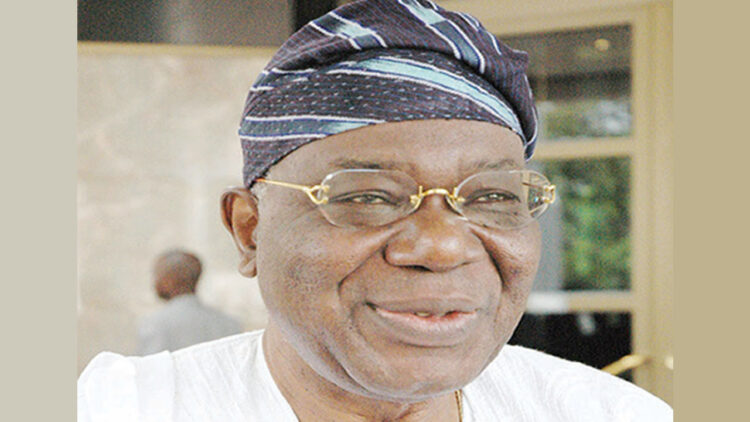 Chief Ernest Shonekan who headed the interim national government that succeeded the junta of General Ibrahim Babangida, has died.

Shonekan died at Evercare hospital, in the Lekki area of Lagos state, at the age of 85.

He was the interim head of the Nigerian government between August 26 and November 17, 1993, before he was ousted in a coup led by late General Sani Abacha.