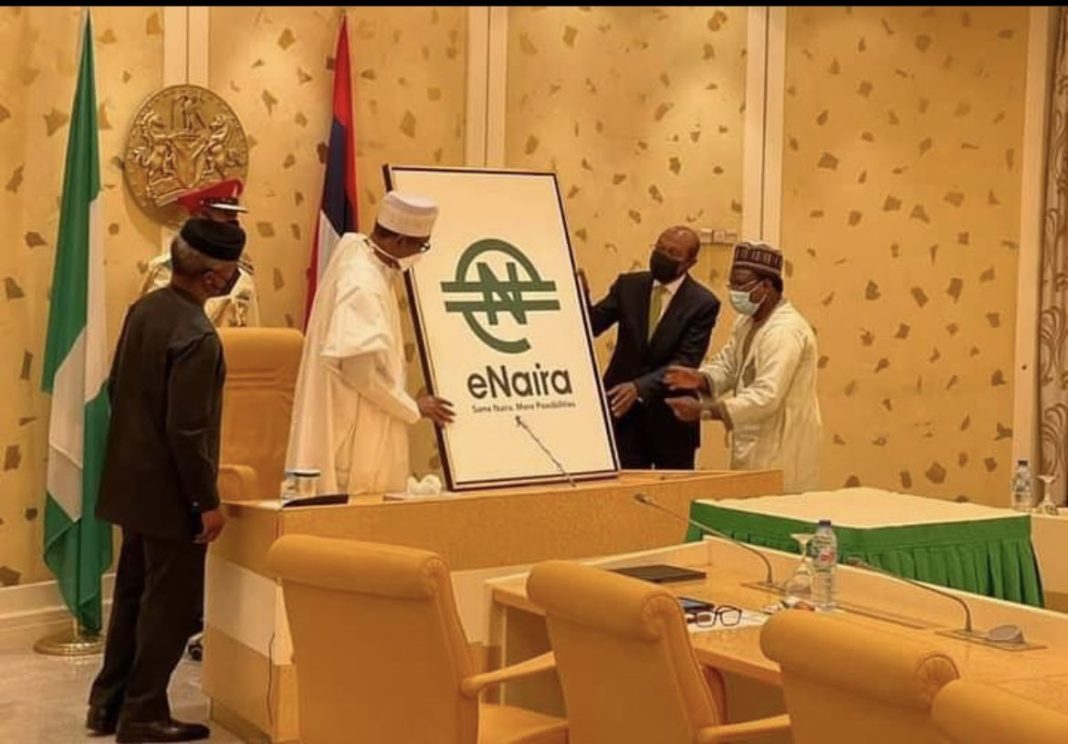 The eNaira application designed by the Central Bank of Nigeria (CBN) and launched on Monday, October 25, 2021, in Abuja by President Muhammadu Buhari is back on the Google Play Store.

Contrary to reports that it was pulled down due to incompetence on the part of the regulatory board, the app went through an upgrade and is functioning properly now, CBN spokesperson said.

Before the app went missing, negative reviews were gotten from Nigerians who were disappointed with the process of registering for the app as required by the CBN.

The main complaints about the eNaira app ranged from issues relating to errors occuring after signing up, date of birth not correct, customer support not found, information not matching, among others. Many users encountered problems linking their email to the app which is a major requirement to be granted access.

However, representatives of the CBN responded to users’ complaints in the comment section of the review.

“The challenge was a technical one because the desired result was not gotten, that is why the app was down and efforts have been made at the backend to get it resolved. The eNaira wallet has a major advantage, which is one can send the actual amount they need to without extra transfer charges, and the issue of failed transfer is not associated with the app,” a source at Sterling Bank who will not be named told Newsmen.

While some experts are optimistic about the initiative, others shared their concerns.

“If you ask me, the CBN should have simply given the eNaira to the Telcos to run with. Let them compete with banks, consumers will be better off with lower cost,” Kalu Aja, a financial analyst tweeted.

Technology expert, Osaretin Victor Asemota explained via a tweet that every point-of-sale (POS) agent knows what is called eMoney. “That is their digital float. Every bank customer who transacts digitally already knows that funds can be represented electronically. I am still at a loss on what eNaira is meant to solve other than helping the government print money.”

With the recent upgrade, Nigerians are expectant to see the digital currency app operate without further glitches.