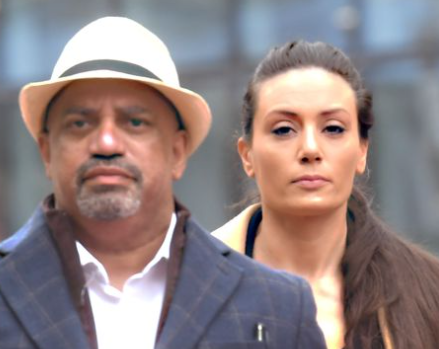 Doctor Strange actress Zara Pythian and her husband Victor Marke have been found guilty of sex crimes which allegedly began when the victim was just 13-years-old.

The jury returned their verdict on Doctor Strange actress Zara Pythian, who also goes by the name of Zara Marke, and her husband Victor Marke after retiring to consider their verdicts on Tuesday, May 10.

The court was in silence as guilty verdicts were delivered just before 1pm as Ms Pythian appeared upset as she stood in the dock, while her husband kept his hands behind his back.

Nottingham Post reports that Ms Pythian wiped a tear as she was lead to the cells while her husband followed behind her at Nottingham Crown Court.

The pair have not yet been sentenced and Judge Mark Watson will decide whether to do so at a later date.

The guilty verdict follows weeks on trial following its launch on April 26 when prosecutors alleged the pair carried out multiple sexual acts with a young girl.

The acts are alleged to have started when the victim was 13 years old. Both Pythian and Marke denied the sex crimes.

The court heard that abuse started when the child was given rum and Pythian allegedly asked her if she wanted to play a game of “dare”.

Pythian, 36, is said to have given Marke oral sex and dared the child to join in.

The court heard that the teen copied what they were doing before Mark allegedly had sex with both of them.

The child stated that she did not know how to react but alleged the sexual activity happened repeatedly and they were told not to say anything.

The court was told that the teen felt she was being “coached” to get better at sexual activity, adding that they believe Marke had sex with her around 20 times on different occasions.

They were jointly charged with 14 allegations of sexual activity, which they denied, while Marke faced four additional allegations, which he denied, of historic indecent assault on a different teenage girl.

Both Pythian and Marke were convicted on all charges unanimously.

The couple will be sentenced on May 16 and will be the first case on the list in the morning and is expected to take two hours.

The judge told them when he passes sentence it is likely to be measured by a “considerable period in custody”.