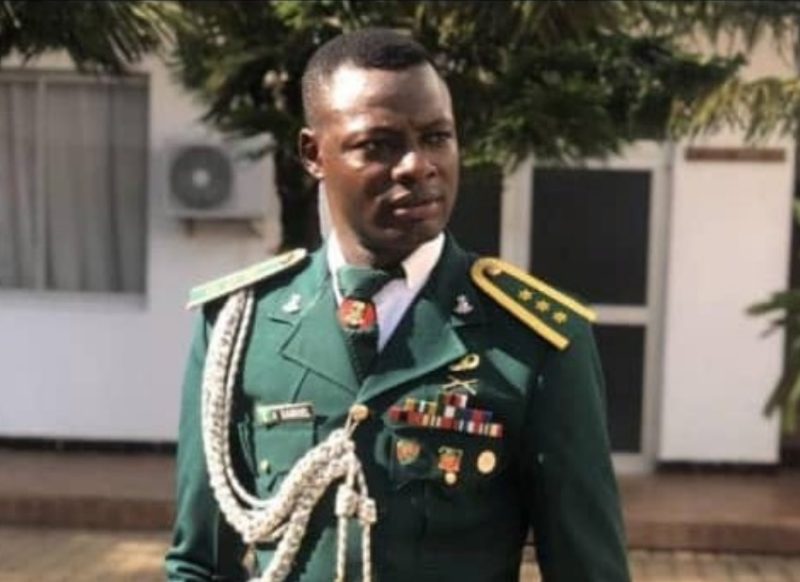 Last Sunday’s attack on a unit of the Brigade of Guards in Abuja has devastated Atachegbe Rita Samuel, sister of one of the deceased, Captain Samuel Attah.

Army Captain Samuel Attah was killed when terrorists attacked troops of the 7 Guards Battalion of the Nigerian Army Presidential Guards Brigade in Bwari area of the Federal Capital Territory (FCT).

In a tweet, the heartbroken sister of Captain Samuel Attah said: “My pride, my hero, my beloved brother…Hmmm I lack words to express this dream. I can’t believe I am typing this. Rest in a very perfect peace. Captain Attah Samuel. God! God! God! Jesus help my family, my age parents. Ah! Only son! Who shall defend us.”

Captain Samuel Attah and his colleagues were ambushed on Sunday July 24 while returning from the Nigeria Law School in Bwari. They had gone there to respond to a distress call.

According to reports, the Law School management had requested for the presence of the soldiers after terrorists dropped a letter indicating that they were coming for an imminent attack.

The Daily Trust quoted a source in the law school saying: “Following the threat letter from the terrorists, the leadership of the Nigerian Law School drew the attention of the military authorities at the 7 Guards Brigade.

“The late army captain and the soldiers were dispatched to the school for preliminary investigation. They had a discussion with authorities at the school and agreed on what to do to safeguard students, teachers and school facilities

“Sadly on their way back, the terrorists ambushed them and that was how the captain and two soldiers were killed,” the source added.