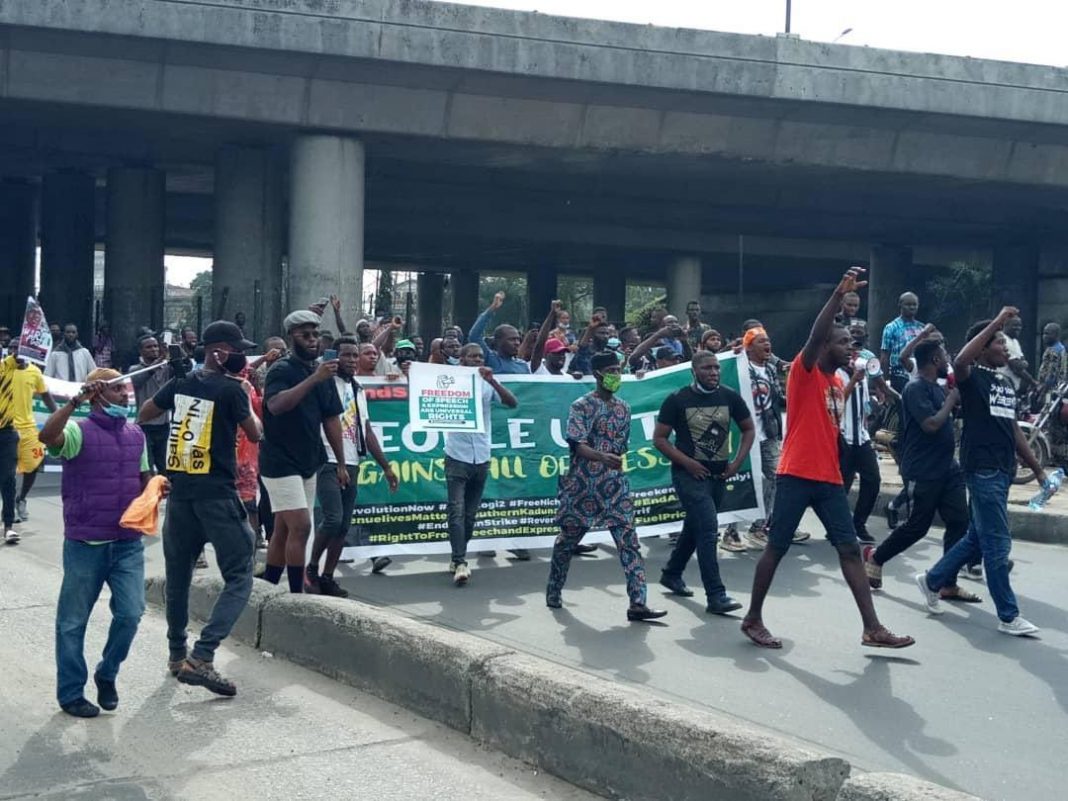 Men of the Lagos State Police Command on Saturday morning fired tear gas canisters at the protesters gathered at the Gani Fawehinmi Park in Lagos, venue of the June 12 Democracy Day protest.

The protesters were demanding an end to bad governance when they were tear-gassed by the security operatives.

One poster by #RevolutionNow read, “Join the June 12 protest. No more poverty, hunger and insecurity in Nigeria… Enough Is Enough! Nothing can stop an idea whose time has come.”

However, police commands in several states across the country, including Lagos, Bayelsa, Kogi, Cross River, Delta, Edo, Ekiti and Akwa Ibom, argued that they were unaware of any planned protest in their respective states. Some states, including Oyo and Kwara, embarked on a show of force on Friday.

They also promised to uphold law and order in the state amid plans of demonstrations circulating on social media.

But the Convener of #RevolutionNow, Omoyele Sowore, told Saturday PUNCH in a series of text messages that there was no legal backing for the security forces to deter protesters.

He said, “The Nigeria Police has no right to tell Nigerians not to participate in protests. It is an inalienable right. Our group will go ahead regardless of the obstacles. If the police decide to use unreasonable force, let it be known that the officers involved will be held responsible even after they retire.

“June 12 is about real democracy and free and fair elections; the Buhari regime reminds us all of the criminal annulment of democratic rule in 1993.”