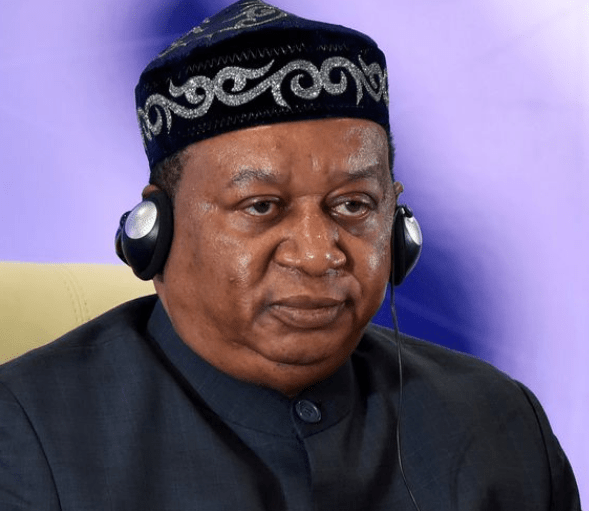 He died hours after President Muhammadu Buhari hosted him at Aso Rock.

Mele Kyari, group managing director of the Nigerian National Petroleum Company (NNPC) Limited, announced his demise in a tweet in the early hours of Wednesday.

Kyari said he died at about 11p.m on Tuesday. He was aged 63

He described his departure as a great loss to his immediate family, NNPC Nigeria, OPEC and the global energy community.Advertisement

“We lost our esteemed Dr Muhammad Sanusi Barkindo. He died at about 11 pm yesterday 5th July 2022. Certainly a great loss to his immediate family, the NNPC, our country Nigeria, the OPEC and the global energy community,” Kyari tweeted.

“Burial arrangements will be announced shortly.”

Barkindo is the third ex-NNPC GMD to have passed on in two years — Maikanti Baru died in May 2020 and Joseph Dawha in August 2020.

President Muhammadu Buhari Tuesday in Abuja expressed the nation’s gratitude to the outgoing Secretary-General of Organisation of Petroleum Exporting Countries (OPEC), Mohammed Barkindo, describing him as a worthy ambassador of the country.

Receiving Barkindo at State House, the President said posterity will remember him kindly for making the nation and himself proud during his six years of meritorious service at the helm of affairs as the 4th OPEC Secretary-General from Nigeria.

The President directed the Ministry of Petroleum Resources and the Nigerian National Petroleum Company (NNPC) Limited to mobilise the oil and gas industry to organise a befitting welcome reception in honour of Barkindo.

‘‘You have indeed been a worthy ambassador of our country. We are proud of your achievements before and during your appointment at OPEC and the proud legacies you will leave behind.

‘‘Your time in charge of the affairs of OPEC has been a very challenging one for the global oil industry. Oil producers were finding it difficult to come together to address challenges that were crippling the oil market.

‘‘Not long after, the world was faced with the COVID-19 pandemic that sent crude prices spiralling down at an alarming rate. You showed incredible leadership to rally industry players and pushed through the turbulent times.

‘‘There is no doubt about your efforts in putting together the Declaration of Cooperation which is the largest in the history of OPEC and the global oil industry and also the longest in duration in the history of the organization. This was a herculean task,’’ the President said.

The Nigerian leader heaped more praises on his compatriot for providing experienced administrative management to OPEC, adding that his efforts have placed the organization in a stronger position to confront the challenges it will face in the coming years.

In his remarks, Barkindo attributed his success to the tremendous guidance, charisma and international gravitas of President Buhari; support from OPEC secretariat in Vienna; and cooperation by members of the organisation.

He recounted how the counsel from President Buhari helped in the birthing of the Declaration of Cooperation of OPEC and non-OPEC oil-producing countries, after he assumed office in Vienna, Austria in 2016 during a downturn in the sector when oil prices plunged to less than 10 U.S dollars per barrel.

‘‘It was very obvious to me that this was beyond OPEC alone to address. We needed to get the support of other leading oil producers around the world.

‘‘I recall that I did consult with you and I drank from your fountain of wisdom and your deep reservoir of knowledge of OPEC and global affairs.

‘‘With your advice and guidance, I set out to various capitals around the world to try to persuade them to understand the gravity of the situation and the need for them to urgently join hands with OPEC.

‘‘I did explain to them that they do not have to be full members of OPEC but we could work together in a framework of cooperation and on the 10th December, 2016 we signed this historic agreement in Vienna and on the 1st January, we started working together and we were able to assist the oil market restore stability.’’

The former OPEC Secretary-General noted that the Declaration of Cooperation, which is now in its sixth year, also helped the organisation to navigate the turbulence in the market occasioned by the COVID-19 pandemic in 2020.

He explained that amidst COVID-19, the organisation took a decision to withdraw 9.6 million barrels per day from the market- the highest ever adjustment in its history- for a duration of two years.

He added that OPEC is now in the final lap of restoring the production figures due to rebound in the global market and economy.

Barkindo stressed that ‘‘throughout the period of my tenure I have continued to benefit from the President’s international goodwill and everywhere I visited in the world both within OPEC and outside OPEC, the first person your fellow Presidents, Prime Ministers and Kings, ask me of is; how is my brother, President Muhamamdu Buhari.’’

Having survived the major turbulences in 2016 and 2020, Barkindo expressed confidence that the worst is over and the future looks very promising for the organisation.

He, therefore, thanked President Buhari for giving him the opportunity to serve, pledging that Nigeria would continue to play its leadership role in OPEC as well as in the global oil industry.