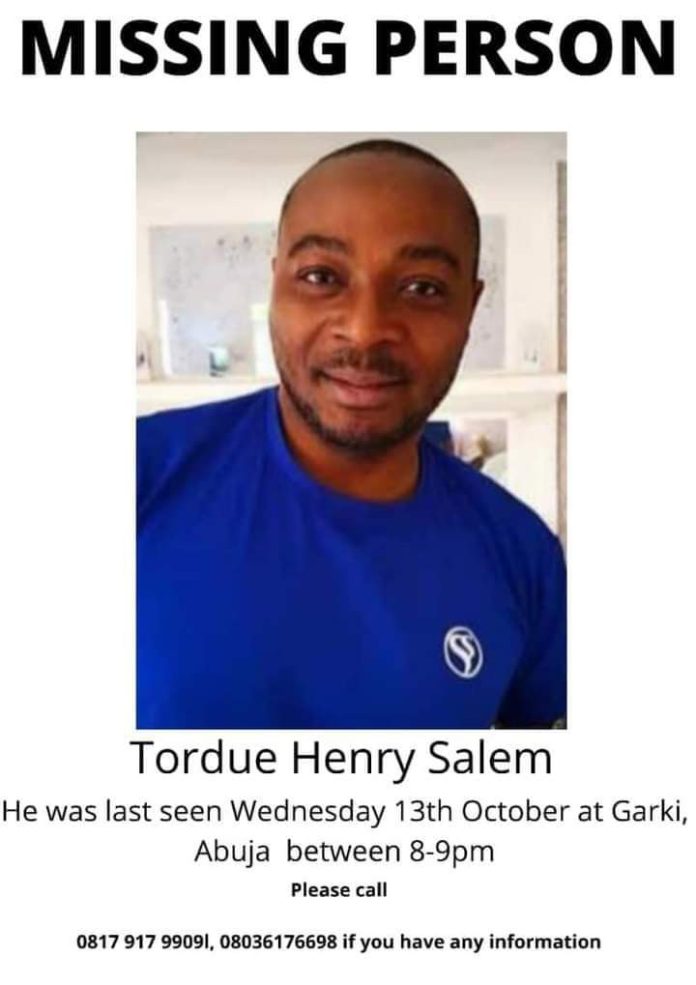 The Nigeria Union of Journalists(NUJ) Zone D, comprising North Central States has joined FCT Council of NUJ to urge security agencies at Abuja, to expedite action in locating Mr. Tordue Salem, a journalist who works with Vanguard Newspapers and covers the National Assembly.

Salem has not been seen, heard from or reached since Wednesday, October 13.

The reporter who hails from Benue State, was last seen in the evening of that day.

The NUJ Vice President of the Zone, Comrade Chris Atsaka and the Zonal Secretary, Abdul Aji, in a statement made available to MoneyCentral correspondent in Lafia, urged the police, DSS and other security agents in the FCT to unravel the mystery surrounding Mr. Salem’s whereabouts.

The NUJ North Central zonal leaders encouraged FCT journalists to remain hopeful, prayerful and offer any leads that could prove useful in resolving the mystery surrounding the disappearance of the journalist.