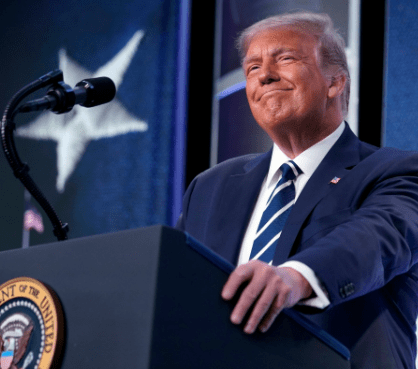 The four-day Republican National Convention begins Monday, with United States (U.S) President Donald Trump accepting the nomination for a second term from the White House and seeking to reset a campaign blindsided by the coronavirus pandemic.

The Republican party says the convention will contrast with the Democrats’ largely taped gathering last week by featuring more live events with audiences from Washington and around the country.

White House counselor Kellyanne Conway said it would feature “people whose lives have been impacted and measurably and consequently changed due to the efforts and policies of President Trump.”

Trump plans to speak every night — a departure from the norm where the candidate typically only spoke on the last night to accept his party’s nomination.

Monday’s theme is “Land of Promise.”

On Monday morning (U.S time), 336 delegates to the convention will gather in Charlotte, North Carolina, to renominate Trump and Vice President Mike Pence with a traditional roll call vote. Trump will travel to Charlotte later in the day to thank the delegates.