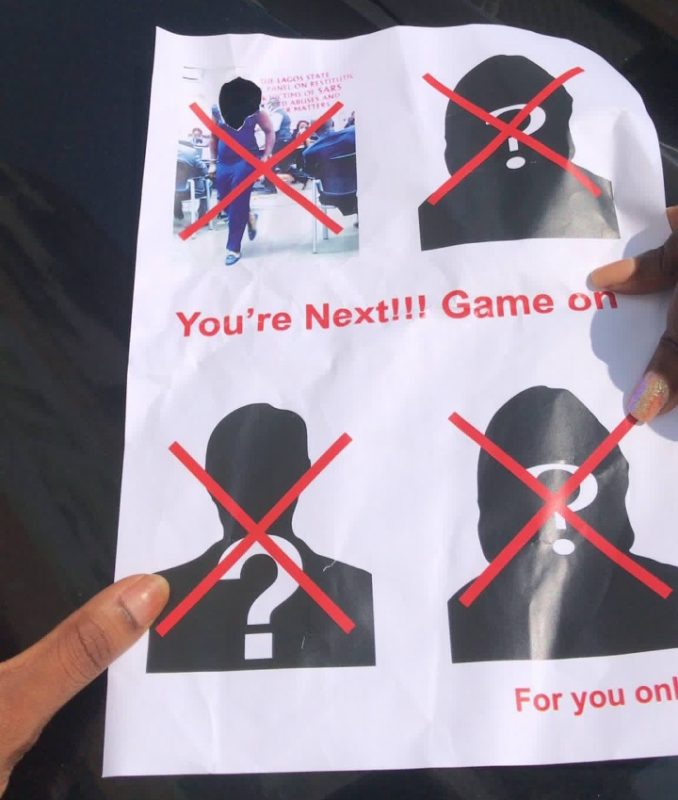 Dabira Adeyinka, one of the survivors of the Lekki Tollgate shootings on October 20 last year, who testified before the Lagos State probe panel, has received a threat that says “You’re next”.

Dabira told newsmen that when Kamsi reached out to her, she and other survivors rushed to the island to take her to the hospital.

“Kamsi was butchered. Her bones were showing.

“As soon as the doctor finished with her, we came outside.

“One of us saw an envelope on the car.

“When we opened it, we saw a paper with my image without the head.

“Then they wrote ‘Your’re next. Game on’.

“It was an image of me at the Lagos panel, when I went to give my testimony.

“I have only spoken with my lawyer,” she said.

Asked if she had reported at a police station, she said no.

“Which policeman will smile at me? I don’t trust them.

“Meanwhile, all we are asking for is for the government to care for the people. That’s all,” Dabira said.