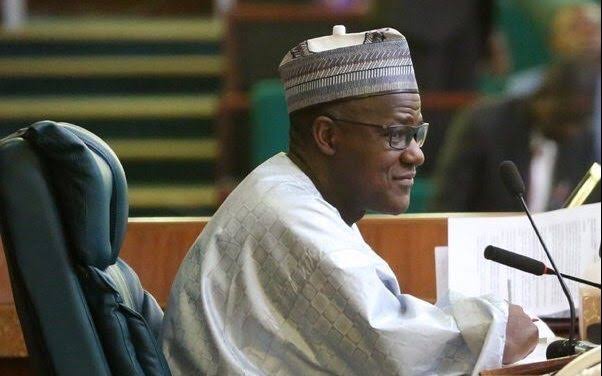 A political group under the auspices of Coalition for Peace and Progress has advocated for the former House of Representative’s speaker, Yakubu Dogara as the running mate for the All Progressives Congress presidential flag bearer, Bola Tinubu.

Addressing a conference in Kaduna, the Coalition’s National Coordinator, Dr. Muhammad Chindo said that, in keeping with tradition of democracy, lots of lobbying us being done to pick a presidential running mate who would be capable and acceptable not only to the
APC, but to the country entirely.

He explained that, considering the diverse nature of Nigeria and the need to ensure sense of fairness and belonging, the right person to be picked by Tinubu must be someone who has the required qualities and political experience.

“Above all, it is imperative that the future Vice President must be a Christian who could transcend primordial sentiments bordering on religion, the twin evils of tribalism and sectionalism in the country which Dogara is most appropriate”.

Chindo described Dogara as a good Christian who would promote the cause of unity and togetherness among the diverse and heterogeneous citizens of Nigeria, saying, he was a viable candidate to run together with the APC’s presidential flag bearer.

“After a thorough, painstaking search and our avowed commitment and dedication to the noble cause of ensuring a united Nigeria, we unanimously conclude the most suitable to hold the position of the Vice President under the APC, is Yakubu Dogara”, he stressed.

He noted that office of the Vice President of Nigeria requires a humble, loyal and trustworthy individual who would give the required constant support and encouragement to the President at all times.

“It is on record that Dogara has always been a reliable fellow in his dealings with others especially on matters of State and National interests”.

He said before they arrived at Dogara as the running mate to Bola Tinubu, the coalition had taken considerations of his membership of the Federal House of Representatives and Speaker of the House from 2007 where he voluntarily agreed to step down.

According to him, Dogara has the required political experience and knowledge more than any other possible choice currently being proposed.

“As a good Christian, Dogara has renovated various Mosques belonging to Muslims in his constituency, and he remains the highest contributor to the sharing of Ramadan palliatives, cows and rams during Eid-el Kabir festivals in Bauchi State”,Chindo said.

Meanwhile, Northern Nigeria’s Front for Equity and Good Governance has also condemned the clamour for Muslim-Muslim ticket as guarantee to win Northern votes in the forth coming presidential election.

The President, Northern Nigeria’s Front for Equity and Good Governance, Comrade Zakariya Abdul’aziz, made this known on Friday, during a Press Conference in Kaduna said, few voices are trying to overheat the polity in an attempt to neglect the critical aspect of justice, equity and fairness for nation building.

He sressed that While the group believe in competence, it need to also be stressed that, “as a result of the perceived attempt to neglect the critical aspect of justice and fairness, some few voices are trying to overheat the polity on the ground of religion and ethnicity and other differences.

“We find it very divisive and careless for some persons to say that the choice of Christian from the North will not guarantee Northern votes for certain Political Parties. For instance, they have brazenly and openly said that only the choice of a Muslim from the North as running mate to candidate of the ruling party can guarantee the votes of the North. In other words they are saying that a Muslim-Muslim ticket is the only way to victory for the ruling party. This is misleading and very divisive.” He added