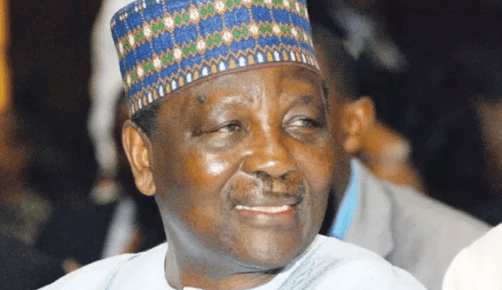 Former Head of State, General Yakubu Gowon(retd), and President of Christian Association of Nigeria, CAN, Rev. Samson Ayokunle, has blamed the sliding state of the economy, insecurity and underdevelopment of the country on bad leadership.

According to them, any country ruled by untrustworthy leaders will always find it difficult to make progress and compete favourably in the comity of nations.

The duo spoke on Thursday at the thanksgiving service and reception organised by CAN in honour of Rev. Yakubu Pam, the new Executive Secretary of Nigerian Christian Pilgrims’ Commission, NCPC.

Gowon, decried the lack of quality leaders in many positions of authority, and blamed selfishness of leaders for the lack of peace in many parts of the country.

Represented by the Minister of Special Duties, George Akume, Gowon said: “The country has suffered under the leadership of people who wouldn’t want peace.’’

On his part, CAN President, Samson Ayokunle, said: “One of the things killing our nation, Nigeria, today is the scarcity of trustworthy leaders. The nation is crawling because some, if not many of those in leadership, are untrustworthy. “There are embezzlers and rogues. You cannot commit any resource into their hands and expect good returns. Many companies in this country have shut down because of unfaithful managers and workers. “Our country is in great danger because of this. This unfaithful leadership does not exclude any of us in the leadership of the church.”

Besides Gowon and the CAN President, in his goodwill message, the Deputy President of the Senate, Senator Ovie Omo-Agege, said he believed that the new NCPC boss would use his experience to propagate tolerance and love in the country.

“I trust that you will bring your wealth of knowledge and experience in the teachings of Christ, to propagate tolerance and love in our country. As believers and disciples of Jesus Christ, we must follow his footsteps.

“I am confident in your ability to raise the bar and improve the experience and outcome of Christian pilgrimage in Nigeria,” he noted.

In his remarks, the newly appointed NCPC Executive Secretary, Rev. Yakubu Pam, said that part of his agenda in office was to redeem the image of Nigeria internationally.