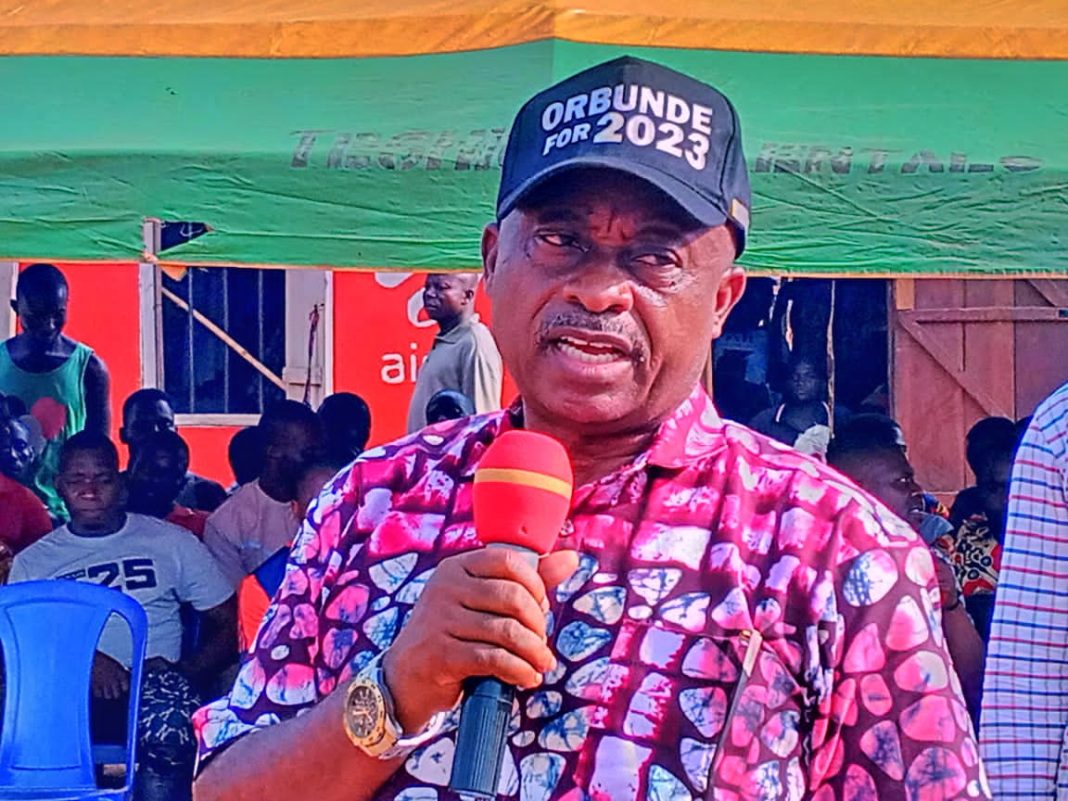 Some groups from Ushongo local government area have appealed to leadership of the Peoples Democratic Party in Benue State to reexamine the 2023 governorship zoning in favour of the Kwande Intermediate Area.

PDP leadership in the state after stakeholders meeting have zoned the governorship position in the Tiv speaking areas of the state to Jechira block and Vandeikya local government area in particular.

These are the National Union of Road Transport Workers, Benue Motorcycle Association, BEMOA, Frog Dealers Association as well as Porters and Butchers Associations as way as the Mata and Mbagwa PDP politicians, Orbunde Youth Volunteers and Shabu Youths.

They spoke at Lessel Market Square, when PDP governorship aspirant, Terwase Orbunde, briefed them about the decision on governorship zoning.

Leaders of the groups argued that Jechira and Jemgbagh are twin brothers known in political parlance as Double-J who have already collectively enjoyed the governorship position for 10 years while Kwande had it for four years and three months.

They said ceding the 2023 slot to Jechira would imply that Double-J would occupy the seat for 18 years as against the four of Kwande.

The speakers called on Sankera and Minda political blocks to reciprocate the support they had enjoyed from Kwande people in the past.

In their separate views, Mr Sam Use, Aondohemba Nyon, Matthew Pev, Mbasen Akpam, and Akombu Gyegwe all call for reversal of the decision against Kwande interest.

Former Majority Leader of the Benue State House of Assembly and State Executive Council, Hyacinth Nyakuma, commended the initiative of the interaction and the aspirant for the update.

Earlier in his presentation, the guber hopeful, Pastor Terwase Orbunde who appealed for calm, stated that as a governorship aspirant from the Intermediate Area, he came to brief them and also get their feedback.

He expressed the hope that justice will be done to their demand, describing the leadership of the party in the state as people of high caliber and experience that will do the needful.