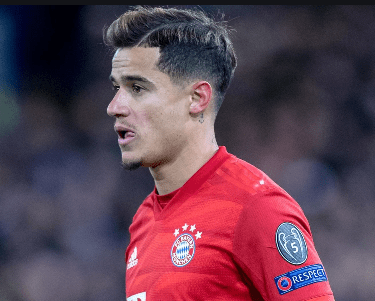 Bayern Munich are extending Philippe Coutinho’s loan deal from Barcelona until the end of the season, according to a report by Sky in Germany.

The deal to extend the loan beyond June 30 was agreed after talks on Wednesday, making Coutinho eligible for Bayern’s Champions League campaign when it restarts in August.

Coutinho, who has scored eight goals in 22 Bundesliga appearances this season, is back in full training after minor ankle surgery.

Bayern have not taken up their option to make his loan permanent.

Barcelona are keen to offload the Brazil international, who they signed from Liverpool for £145m three years ago, and have offered him to a number of clubs, including Chelsea.