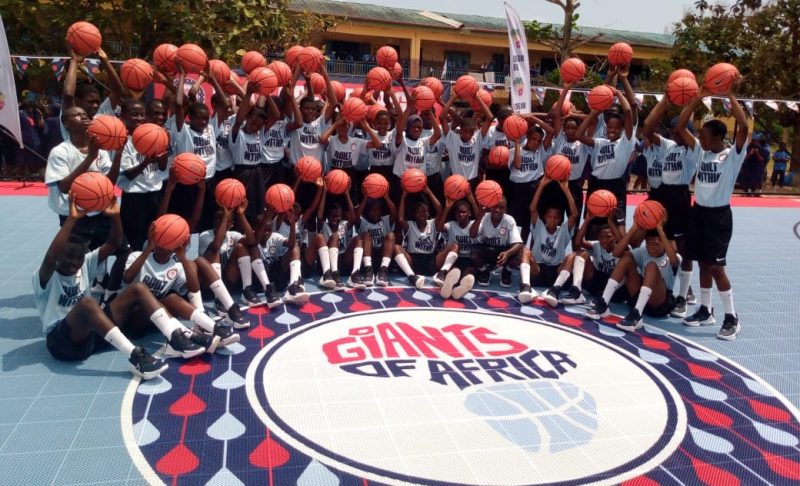 Giants of Africa, a foundation dedicated to enriching the lives of African youth through sports, and co-founder Masai Ujiri, Vice Chairman and President of the Toronto Raptors, on Tuesday, October 11, announced the unveiling of four new basketball courts in Lagos, Nigeria.

Today’s announcement is a continuation of the ‘Built Within’ initiative – the foundation’s multi-year, 100-court commitment to investing in sports infrastructure across Africa. With the opening of these new courts, Giants of Africa has built a total of 20 courts in Kenya, Tanzania, Nigeria, Burkina Faso, Ivory Coast, Rwanda, the Democratic Republic of Congo and Senegal since September 2021.

“There is so much talent in Nigeria,” said Masai Ujiri, Giants of Africa co-founder and Vice-Chairman and President of the Toronto Raptors of the NBA. “After unveiling our initial courts here in Lagos under the ‘Built Within’ initiative last year, we knew we would be back. We continue to be inspired by the youth as well as the communities that are committed to moving Africa forward through sports.”

“While basketball courts are the heart of the ‘Built Within’ initiative, it’s about providing valuable life skills to empower the youth, while creating stronger communities and job opportunities on and off the court. Our goal is to bring social transformation, education and enrichment to the lives of children across the continent and want Africa’s youth to dream big, believing that anything is possible,” continued Mr. Ujiri.

The unveilings take place at Gaskiya College and Egan Grammar School sponsored by the Jess and Scott Lake Foundation, the Ejigbo Mini Stadium in partnership with 2K Foundations, followed by Abesan Mini Stadium. The four new sites are in addition to the five previously announced locations, totaling nine basketball courts across Nigeria.

Each court unveiling event includes a basketball clinic for 50 boys and girls conducted by local and NBA Giants of Africa coaches, a life skills session, as well as entertainment.

Prior to unveiling the courts in Nigeria, a court was unveiled in Kedougou, Senegal at Lycée Technique Industriel & Minier de Kedougou sponsored by IAMGOLD.