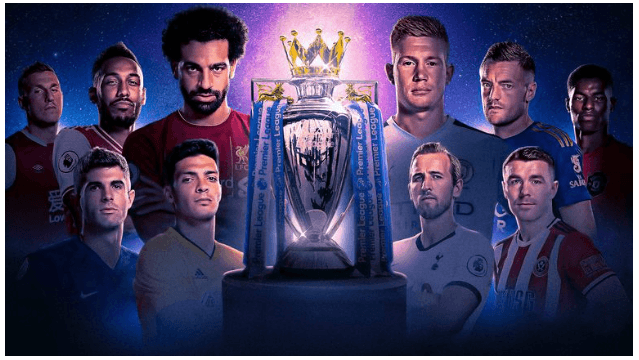 Premier League football is poised to return after a three-month shutdown, with top-flight games in England provisionally set to resume on Wednesday, June 17.
Aston Villa vs Sheffield United and Manchester City vs. Arsenal are scheduled to be the first two games when the Premier League resumes next month.
This season’s remaining games are set to be played on any seven days in a week, with fans set to enjoy up to four live matches on Saturdays and Sundays.
Games on a Friday will kick off at 8pm, while on Saturday the slots will be 12.30pm, 3pm, 5.30pm and 8pm. Sunday matches will kick off at either 12pm, 2pm, 4.30pm and 7pm, with Monday games starting at 8pm.
Midweek games on Tuesdays, Wednesdays and Thursdays will kick off at either 6pm or 8pm.
Football in England has been suspended since March 13.
The last Premier League match before the shutdown was Leicester vs Aston Villa on March 9.
The Premier League full statement said : “Premier League Shareholders today agreed to a new provisional restart date for the 2019/20 season of Wednesday 17 June, provided that all safety requirements are in place.
“Aston Villa v Sheffield United and Manchester City v Arsenal – postponed due to the Carabao Cup Final – will now take place on 17 June, followed by a full match round beginning on Friday 19 June. Due to COVID-19, games will take place behind closed doors.
“Premier League Shareholders also approved a proposal that would see all 92 remaining matches broadcast live in the UK by the League’s existing broadcast partners: Sky Sports, BT Sport, BBC Sport and Amazon Prime.
“The planned kick-off times in the UK for live matches will also differ from the traditional times.”