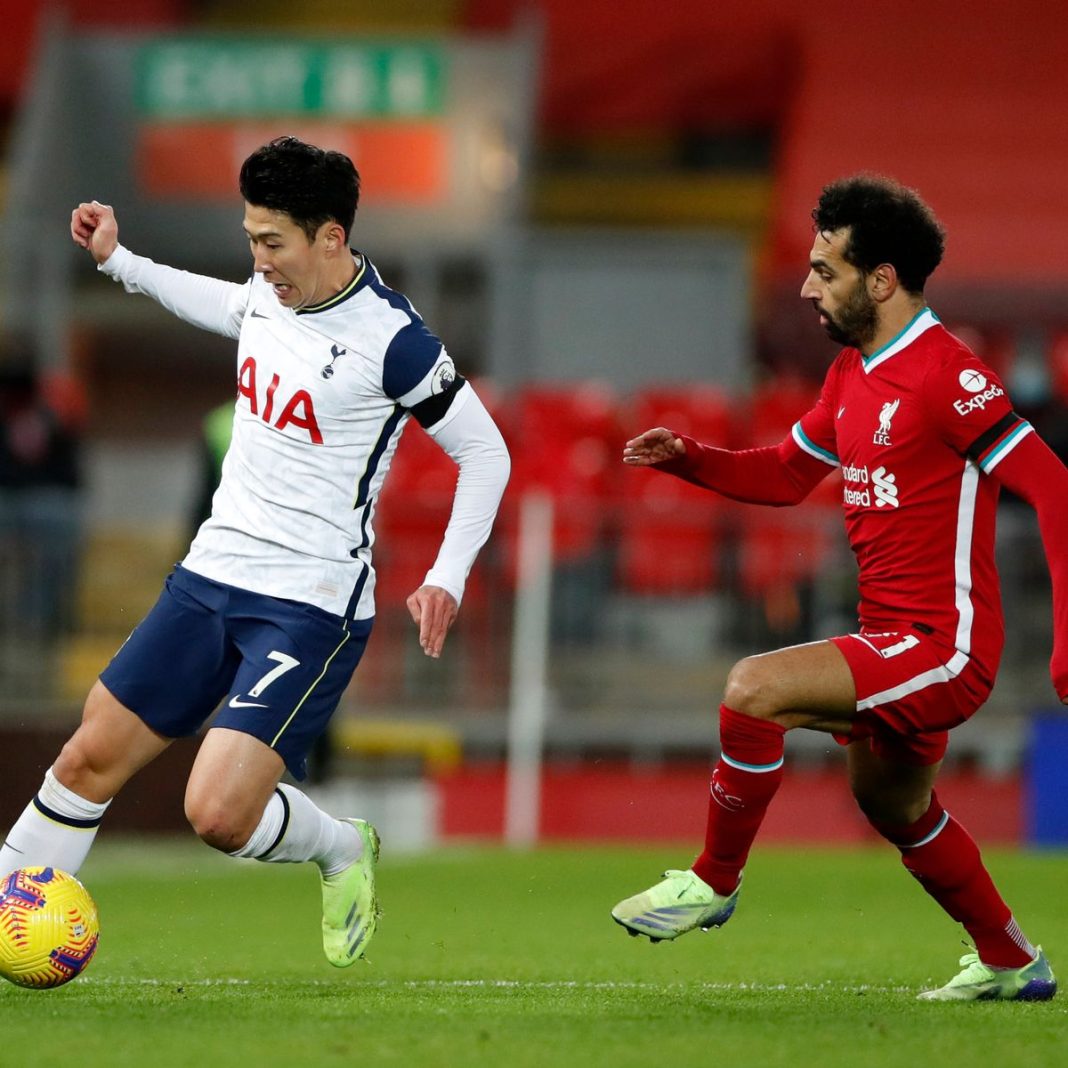 Liverpool striker Mohamed Salah and Tottenham forward Heung-min clinch the Premier League Golden Boot on Sunday after both player scored on the final day of the season.

South Korea’s Son netted twice in Tottenham’s 5-0 win at Norwich to move to 23 goals — one clear of Salah, but the Egypt forward struck late in Liverpool’s 3-1 win at home to Wolves.

Manchester United’s Cristiano Ronaldo finished third with 18 goals in his first season back in the Premier League.

Salah’s goal was  not enough deliver the Premier League title for Liverpool as Jurgen Klopp’s side finished one point behind Manchester City, who scored three goals in five minutes to beat Aston Villa 3-2.

“Until my goal I was really frustrated that I missed big chances. I told the players I missed the easiest chances and scored one of the toughest ones.

“I didn’t give up. I wanted to score today. The team helped me a lot at half-time. They wanted to help me, you could see it today.”