Klopp Could Recall Salah for Champions League visit of Atalanta 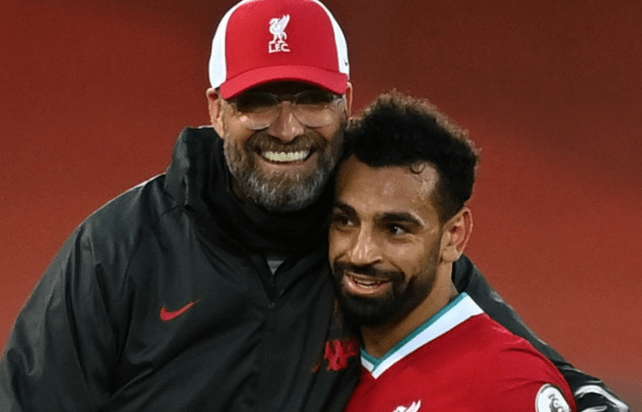 Jurgen Klopp has indicated he could recall Mohamed Salah for Wednesday night’s Champions League visit of Atalanta to Liverpool.

Klopp confirmed on Tuesday his Liverpool forward Salah took part in training as normal on Monday after returning another negative test for coronavirus.

Salah was ruled out of Sunday’s 3-0 win over Leicester after testing positive for the virus while away on international duty with Egypt earlier this month, but had returned a negative test prior to the game.

Salah rejoined the group on Monday after a period in self-isolation, having initially tested positive on November 13.

“Mo trained and looked really good and he gave a negative test like the rest. He is available [for selection] and we will have to see what we can do with that,” Klopp said.

Klopp, however, said he does not yet know how soon the likes of Jordan Henderson (thigh), Thiago Alcantara (knee) and Xherdan Shaqiri (muscle) will be back.

Liverpool hammered Atalanta 5-0 in Bergamo on their last outing in the competition and can seal their place in the last 16 with two group games to spare, if they beat the Serie A side on Wednesday.