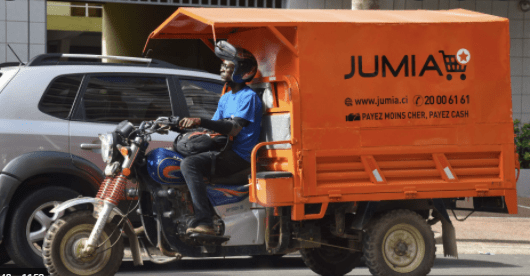 Despite a deteriorating macro environment, Jumia maintained a strong pace of usage growth.

Orders, Quarterly Active Consumers and GMV grew by 35%, 25% and 21% respectively, on a year-over-year basis.

Leveraging robust usage growth, Jumia further accelerated monetization as gross profit and Marketplace revenue were up 14% and 17% year-over-year respectively, the fastest growth rates of the past 5 quarters.

“We remain focused on scaling the business towards profitability. In the second quarter of 2022, we have successfully delivered on each building block of our path to profitability: usage growth momentum, monetization acceleration and cost discipline,” commented Jeremy Hodara and Sacha Poignonnec, Co-Chief Executive Officers of Jumia.

“In the context of rising inflation and input cost pressure, cost discipline remains a top priority for us. We drove usage growth and monetization acceleration with lower-than-expected marketing investments with Sales & Advertising expense of $41.0 million in the first half of 2022 compared to our guidance of $50-55 million.”

“We believe we are now past the peak of quarterly Adjusted EBITDA losses reached in the fourth quarter of 2021 and intend to redouble our efforts to reach profitability, leveraging our strong business fundamentals. We intend to reduce Adjusted EBITDA losses starting from the second half of 2022 with a 12% to 29% decrease year-over-year. We are confident our consistent and disciplined execution will help us reach profitability and build an even stronger and more relevant platform.”

The second quarter of 2022 was marked by the 10th edition of the Jumia Anniversary campaign, which saw record levels of consumer engagement.

Jumia recorded 28 million unique visitors on the platform, up 15% year-over-year, while our video content went viral reaching a record of 116 million views, up 55% year-over-year.

This demonstrates its ability to produce highly relevant and engaging content for consumers across Africa.

In parallel, the firm remained focused on enhancing the convenience of services and speed of delivery.

Jumia handled over 3 million packages during the event, up 18% year-over-year, while  average end-to-end delivery time (excluding Zando in South Africa) was 1.6 business days, down 17% year-over-year, demonstrating the increasing efficiency of logistics services.

To support usage growth, Jumia continues to deploy consumer incentives in the form of promotional discounts, which are accounted for as revenue deductions.

Strategic use of consumer incentives on selected products or categories helps to drive conversion and is a core part of our strategy to scale the business towards profitability. Revenue is presented net of consumer incentives, which reached $8.2 million in the second quarter of 2022 compared to $4.5 million in the second quarter of 2021.

“We are currently focused on enhancing the efficiency of our promotional investments. The ratio of consumer incentives as a percentage of revenue has been improving sequentially from 18% in the fourth quarter of 2021 to 15% in the first quarter of 2022 and 14% in the second quarter of 2022,” the firm said.