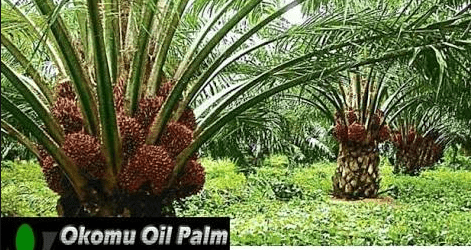 The Okomu Oil Palm Company in Edo has suspended operations in the aftermath of what the management described as a “terrorist attack“ on Tuesday.

“For now, we are forced to shut down our operations to save lives from possible reprisal. We are already working with security agencies. For now the army has taken over the security of the plantation.

“The company will remain closed until the security situation improves,“  the firm’ Managing Director, Dr Graham Hefer,  told the News Agency of Nigeria  (NAN) in an interview on Thursday.

Hefer described the Tuesday invasion of the firm leading to the death of an employee, the damage of an equipment and the setting ablaze of 20 hectares of its rubber plantation as a terrorist attack.

The managing director, who spoke through the company’s Communications Officer, Mr Fidelis Olise at the company’s  headquarters in Okomu, near Iguobazuwa in Ovia North-East local Government Area, said about six gunmen killed an unarmed excavator operator, threw his body into the trench before setting alight three of the company’s excavators.

“These gunmen, who we believe are terrorists fighting a political war, also set fire to the plantation destroying about 20 hectares of the rubber plantation.

“These are not herdsmen but terrorists who came into the plantation through the waterway and carried out a well coordinated attack, wielding AK-47.

“These terrorists were real professionals the way and manner they ambushed our workers.

“We believe that this attack is politically motivated to create fears in our people who are peaceful and loyal subjects of the state government and the Benin Kingdom.

“It will cost the company about 5,000 dollars to replant an hectare, meaning that we will require about 100,000 dollars (N50 millions) to replant the entire 20 hectares and bring it up to its present years of maturity over the next seven years.

“For now, we are forced to shut down our operations to save lives from possible reprisal. We are already working with security agencies. For now, the army has taken over the security of the plantation

“The company will remain closed until the security situation improves” he said.

Contacted, the Commissioner of Police, Edo Command , Mr Philip Ogbadu, confirmed the incident to NAN in a telephone interview in Benin.

Ogbadu said while a gunboat had been stationed on the Okomu river side, investigation into the incident was ongoing.