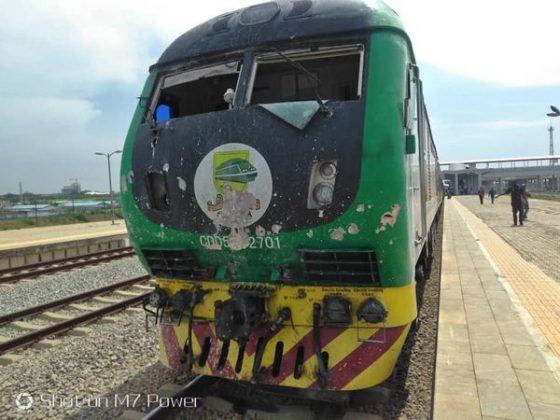 Relief came the way of seven more of the Abuja-Kaduna train kidnap victims on Saturday as they finally regained their freedom.

It is not yet clear on what condition they were released on how much ransom was paid to secure their freedom.

But the lead negotiator and media consultant to Sheikh Ahmad Gumi, Malam Tukur Mamu, claimed on Saturday that he singlehandedly negotiated the release of the seven victims.

Mamu who had last week announced his formal withdrawal from negotiating with the terrorists due to alleged government lackadaisical attitude, said he had to backtrack because of immense pressure and appeal by the relations and loved ones of the victims.

Those that were released on Saturday were Bosede Olurotimi, Abubakar Zubairu, Alhassan Sule and Sadiq Ango Abdullahi.

He said, “Success of Saturday’s historic release has vindicated Sheikh Dr. Ahmad Gumi about what the power of mediation can achieve.”

According to him, “I want to assure the nation that everything that was achieved today was singlehandedly initiated and arranged by me with the full support and prayers of my principal, Sheikh Gumi. That is why I keep emphasizing that government has the power to end the agony of these innocent victims in one day.

“This is just one individual that sacrifices his life and even integrity. There is no military solution to the current security debacle in Nigeria. When you sincerely engage them these guys even though wicked with misguided religious beliefs, they are listening.

“I have sufficient evidence to prove that they do listen. It is this power of engagement and sincerity that resulted to the release of these seven victims.

“In whatever I do, I don’t need or require any reward from anybody but from Allah but I hope the nation we sacrificed our lives for will recognize us.

“The seven rescued victims have been handed over to the military and are now on their way to Kaduna. I thank the Kaduna military GOC for the support he gave during the rescue mission.

“The location they (abductors) gave is remote, sensitive and risky. There was a military checkpoint before penetrating the forest. My team was stopped by the soldiers but when they told the military our mission they contacted the GCO and he immediately gave approval for them to proceed. And after the victims were successfully evacuated, travelling through over 40 kilometers in the forest, they were given a military escort back to Kaduna at the checkpoint.

”Despite the poor medical condition of many of the rescued victims, those that took over are unnecessarily wasting their time in a military unit at the outskirts of Kaduna. I advice that authorities should hasten effort to take them to a medical facility for urgent evaluation.

“The seven rescued victims are in the best position to confirm … Money cannot achieve what I have done today. And I will never involve myself on any issue that has to do with money.

“I am also under serious watch. I am sure if they have evidence against me I cannot be talking freely the manner I used to do.

“However, this is no time for blame game. We must come together as a nation to confront our challenges. I pray and hope that government will learn a lot of lessons in the development of today. We thank Allah that He uses us to make many happy.

“I am pleading with the families of the remaining victims to actively engage government to secure the release of their loved ones. I will not be involved in such a risky mission again,” he said.